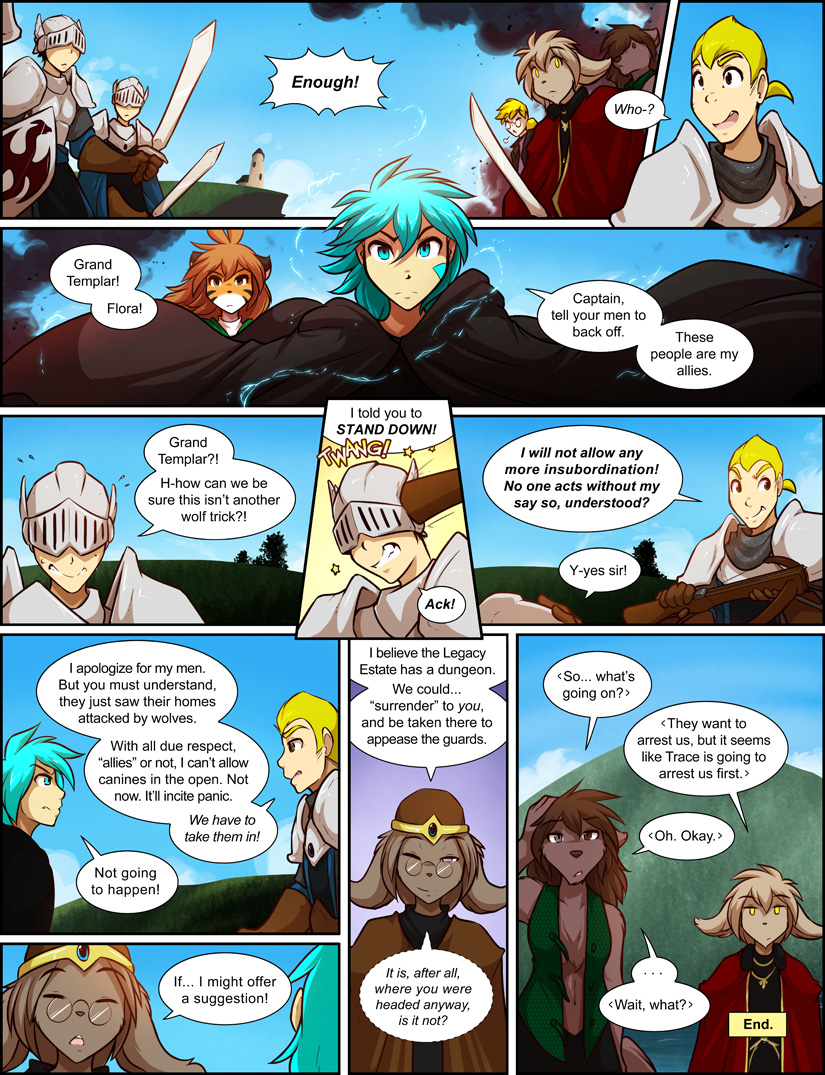 Trace: Captain, tell your men to back off. These people are my allies.

Soldier: Grand Templar?! H-how can we be sure this isn’t another wolf trick?!

Keiren: I told you to STAND DOWN!

Keiren: I will not allow any more insubordination! No one acts without my say so, understood?

Keiren: I apologize for my men. But you must understand, they just saw their homes attacked by wolves. With all due respect, “allies” or not, I can’t allow canines in the open. It’ll incite panic. We have to take them in!

Trace: Not going to happen!

Lynn: I believe the Legacy Estate has a dungeon. We could… “surrender” to you, and be taken there to appease the guards.

Lynn: (whispering) It is, after all, where you were headed anyway, is it not?

Natani: (in Keidran) So… what’s going on?

Keith: (in Keidran) They want to arrest us, but it seems like Trace is going to arrest us first.