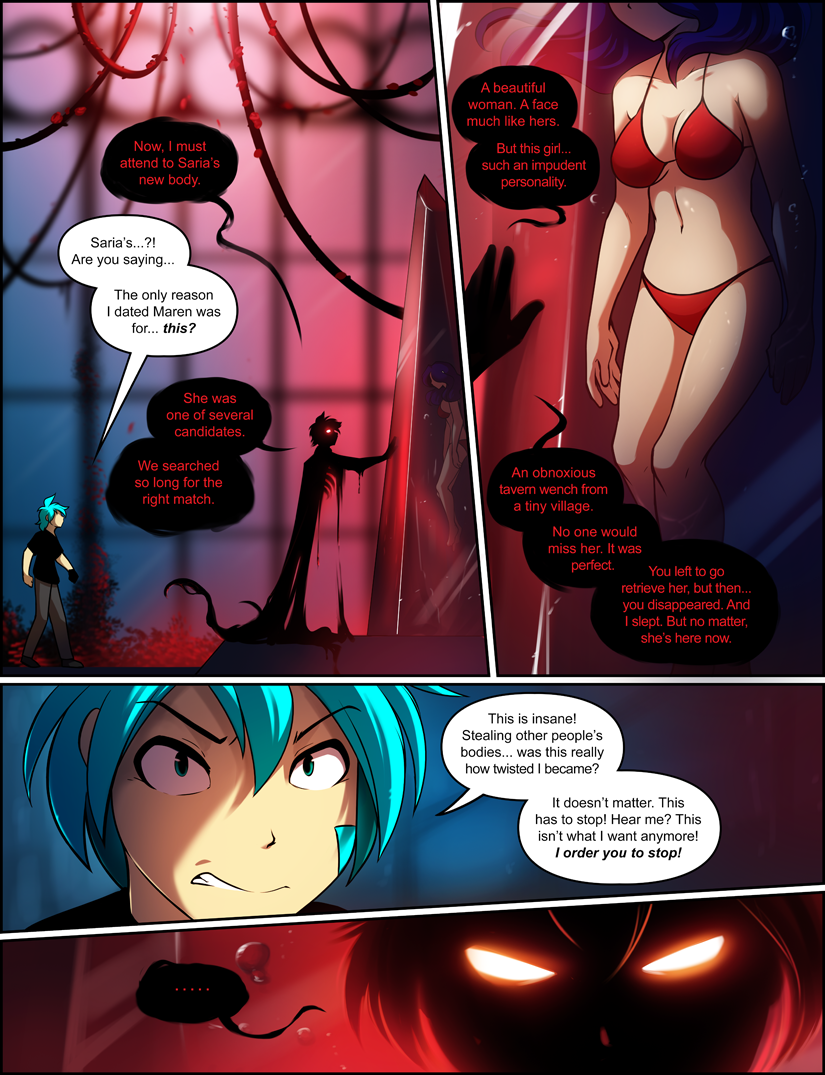 Detritus:Now, I must attend to Saria’s new body.

Trace: Saria’s…?! Are you saying… The only reason I dated Maren was for… this?

Detritus: She was one of several candidates. We searched so long for the right match.

Detritus: A beautiful woman. A face much like hers. But this girl… such an impudent personality.

Detritus: An obnoxious tavern wench from a tiny village. No one would miss her. It was perfect. You left to go retrieve her, but then… you disappeared. And I slept. But no matter, she’s here now.

Trace: This is insane! Stealing other people’s bodies… was this really how twisted I became? It doesn’t matter. This has to stop! Hear me? This isn’t what I want anymore! I order you to stop!