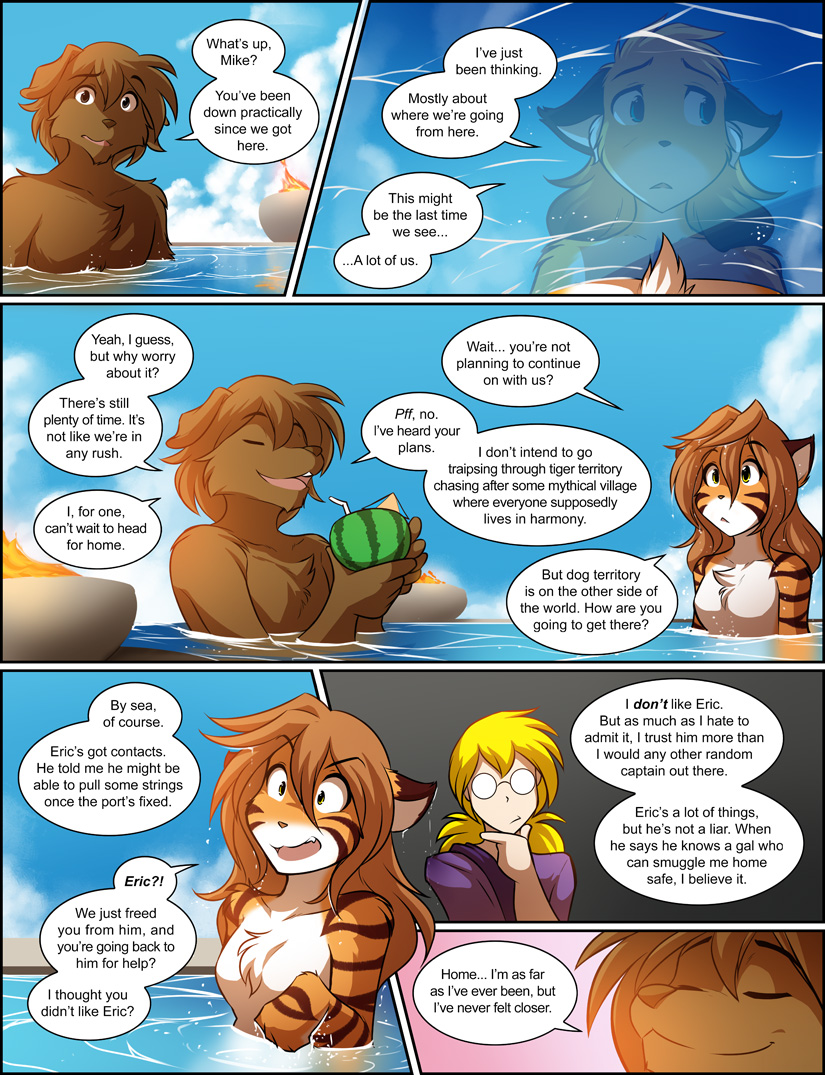 Evals: What’s up, Mike? You’ve been down practically since we got here.

Mike: I’ve just been thinking. Mostly about where we’re going from here.

Mike: This might be the last time we see… A lot of us.

Evals: Yeah, I guess, but why worry about it? There’s still plenty of time. It’s not like we’re in any rush.

Evals: I, for one, can’t wait to head for home.

Flora: Wait… you’re not planning to continue on with us?

Evals: Pff, no. I’ve heard your plans. I don’t intend to go traipsing through tiger territory chasing after some mythical village where everyone supposedly lives in harmony.

Evals: But dog territory is on the other side of the world. How are you going to get there?

Evals: By sea, of course. Eric’s got contacts. He told me he might be able to pull somet strings once the port’s fixed.

Flora: Eric?! We just freed you from him, and you’re going back to him for help? I thought you didn’t like Eric?

Evals: I don’t like Eric. But as much as I hate to admit it, I trust him more than I would any other random captain out there. Eric’s a lot of things, but he’s not a liar. When he says he knows a gal who can smuggle me home safe, I believe it.

Evals: Home… I’m as far as I’ve ever been, but I’ve never felt closer.