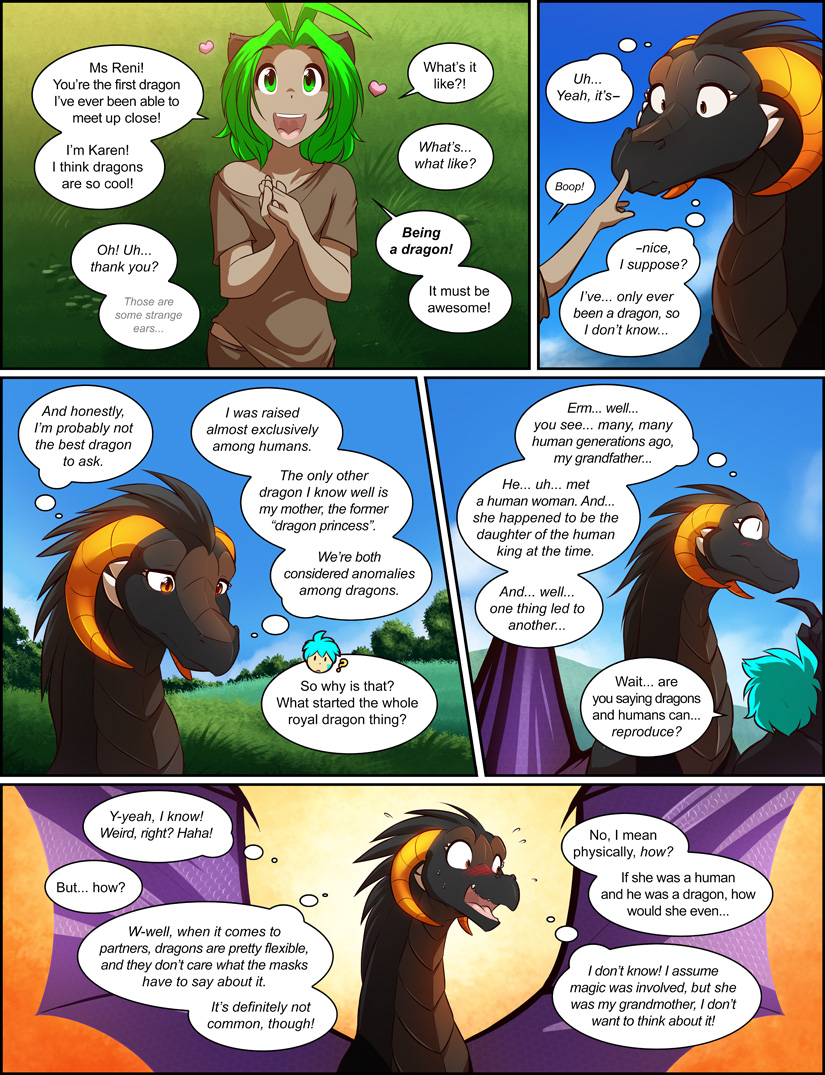 Karen: Ms Reni! You’re the first dragon I’ve ever been able to meet up close! I’m Karen! I think dragons are so cool!

Reni: (thoughts) Oh! Uh… thank you? (to herself) Those are some strange ears…

Karen: Being a dragon! It must be awesome!

Reni: (thoughts) And honestly, I’m probably not the best dragon to ask.

Reni: (thoughts) I was raised almost exclusively among humans. The only other dragon I know well is my mother, the former “dragon princess.” We’re both considered anomalies among dragons.

Trace: So why is that? What started the whole royal dragon thing?

Reni: (thoughts) Erm… well… you see… many, many human genderations ago, my grandfather… He uh… met a human woman. And… she happened to be the daughter of the human king at the time. And… well… one thing led to another…

Trace: Wait… are you saying dragons and humans can… reproduce?

Reni: (thoughts) W-well, when it comes to partners, dragons are pretty flexible, and they don’t care what the masks have to say about it. It’s definitely not common, though!

Trace: No, I mean physically, how? If she was a human and he was a dragon, how would she even…

Reni: (thoughts) I don’t know! I assume magic was involved, but she was my grandmother, I don’t want to think about it!