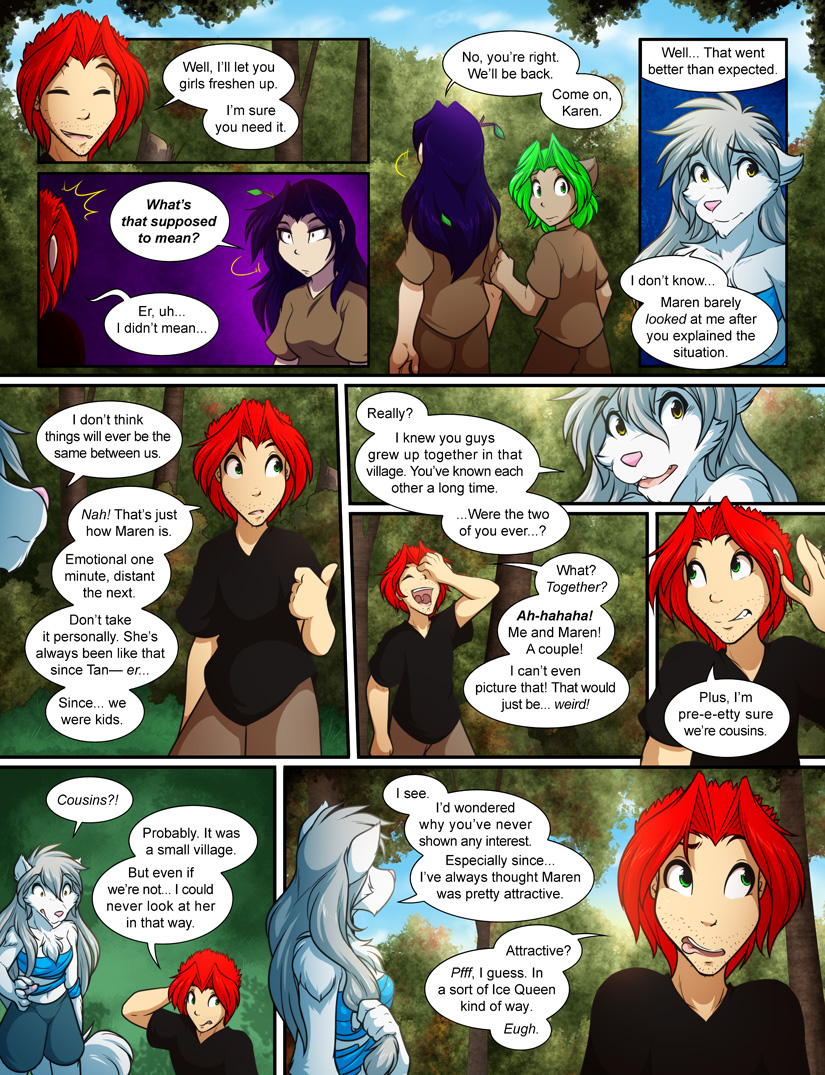 Red: Well, I’ll let you girls freshen up. I’m sure you need it.

Maren: What’s that supposed to mean?

Raine: I don’t know… maren barely looked at me after you explained the situation.

Raine: I don’t think things will ever be the same between us.

Red: Nah! That’s just how Maren is. Emotional one minute, distant the next. Don’t take it personally. She’s always been like that since Tan— er… Since… we were kids.

Raine: Really? I knew you guys grew up together in that village. You’ve known each other a long time. …Were the two of you ever…?

Red: What? Together? Ah-hahaha! Me and Maren! A couple! I can’t even picture that! That would just be… weird!

Red: Probably. It was a small village. But even if we’re not… I could never look at her in that way.

Red: Attractive? Pfff, I guess. In a sort of Ice Queen kind of way. Eugh.