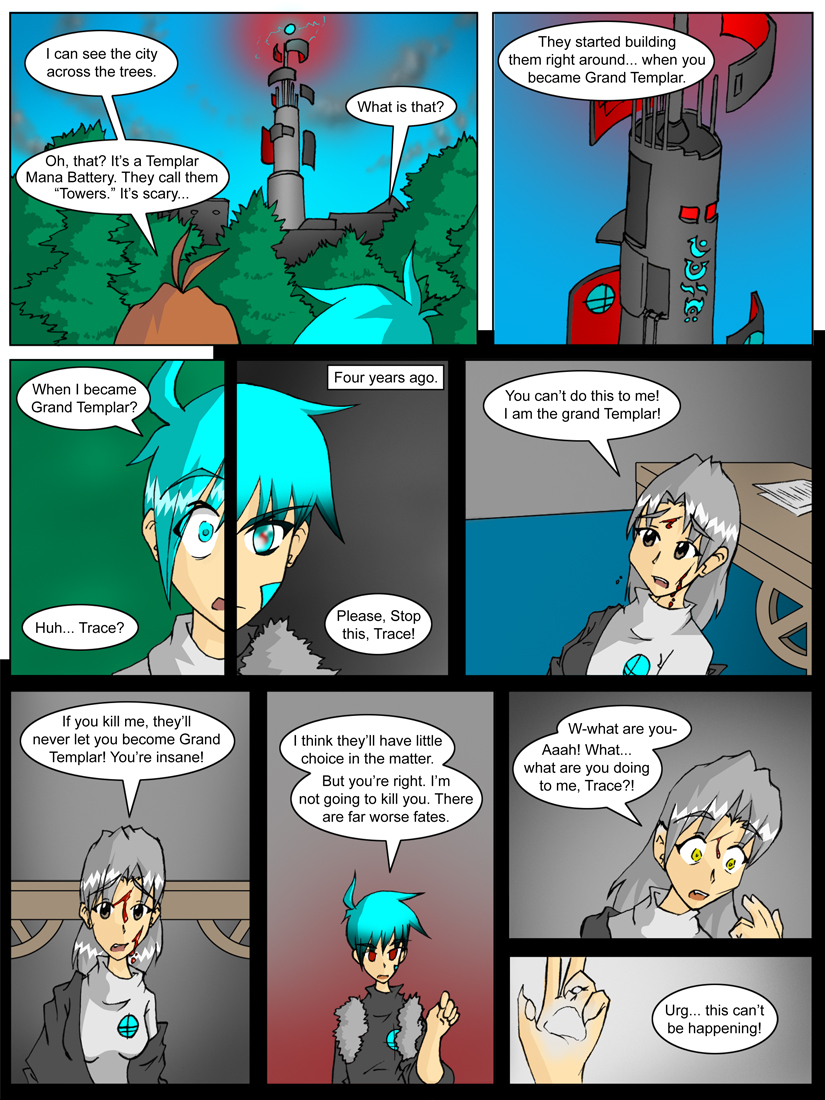 Flora: I can see the city across the trees.

Trace: What is that?

Flora: They started building them right around… when you became Grand Templar.

Trace: When I became Grand Templar?

Mary: You can’t do this to me.!I am the grand Templar!

Trace: I think they’ll have little choice in the matter. But you’re right. I’m not going to kill you. There are far worse fates.

Mary: Urg… this can’t be happening!