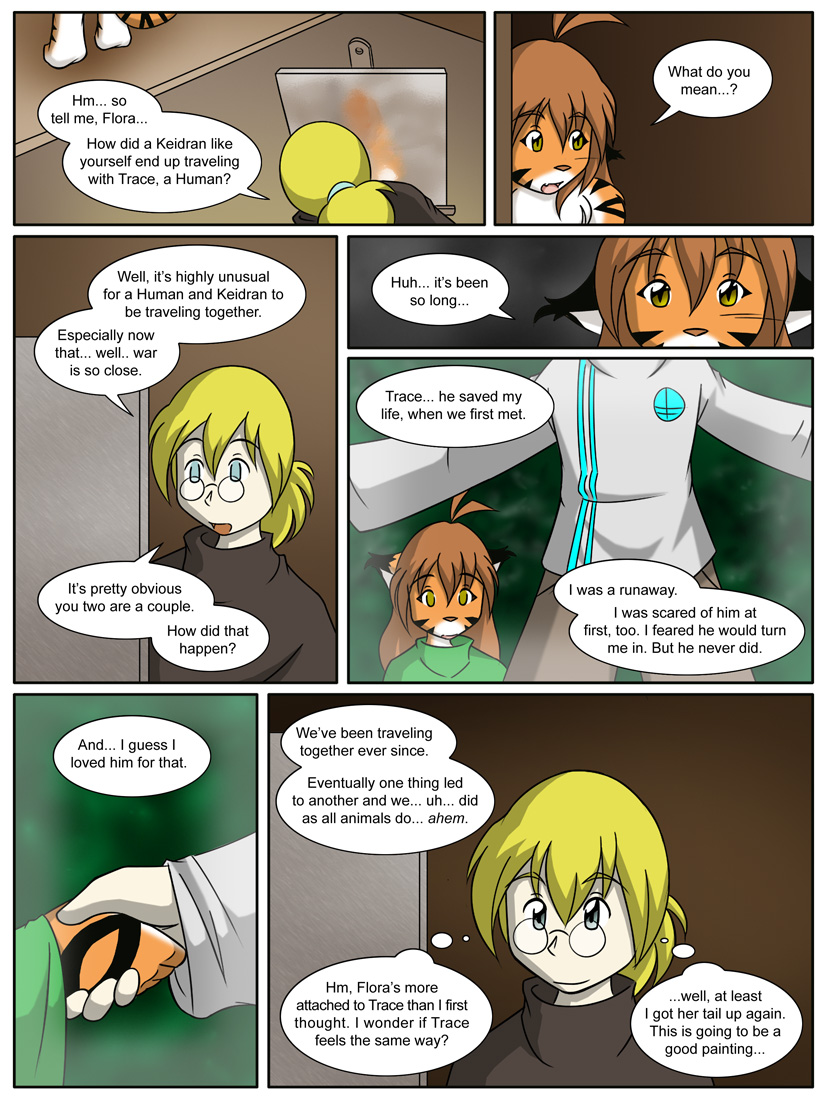 Eric: Hm… so tell me, Flora… How did a Keidran like yourself end up traveling with Trace, a Human?

Flora: What do you mean…?

Eric: Well, it’s highly unusual for a Human and Keidran to be traveling together. Especially now that… well.. war is so close.

Eric: It’s pretty obvious you two are a couple. How did that happen?

Flora: Huh… it’s been so long…

Flora: Trace… he saved my life, when we first met.

Flora: I was a runaway. I was scared of him at first, too. I feared he would turn me in. But he never did.

Flora: And… I guess I loved him for that.

Flora: We’ve been traveling together ever since. Eventually one thing led to another and we… uh… did as all animals do… ahem.

Eric: (thoughts) Hm, Flora’s more attached to Trace than I first thought. I wonder if Trace feels the same way? …well, at least I got her tail up again. This is going to be a good painting…