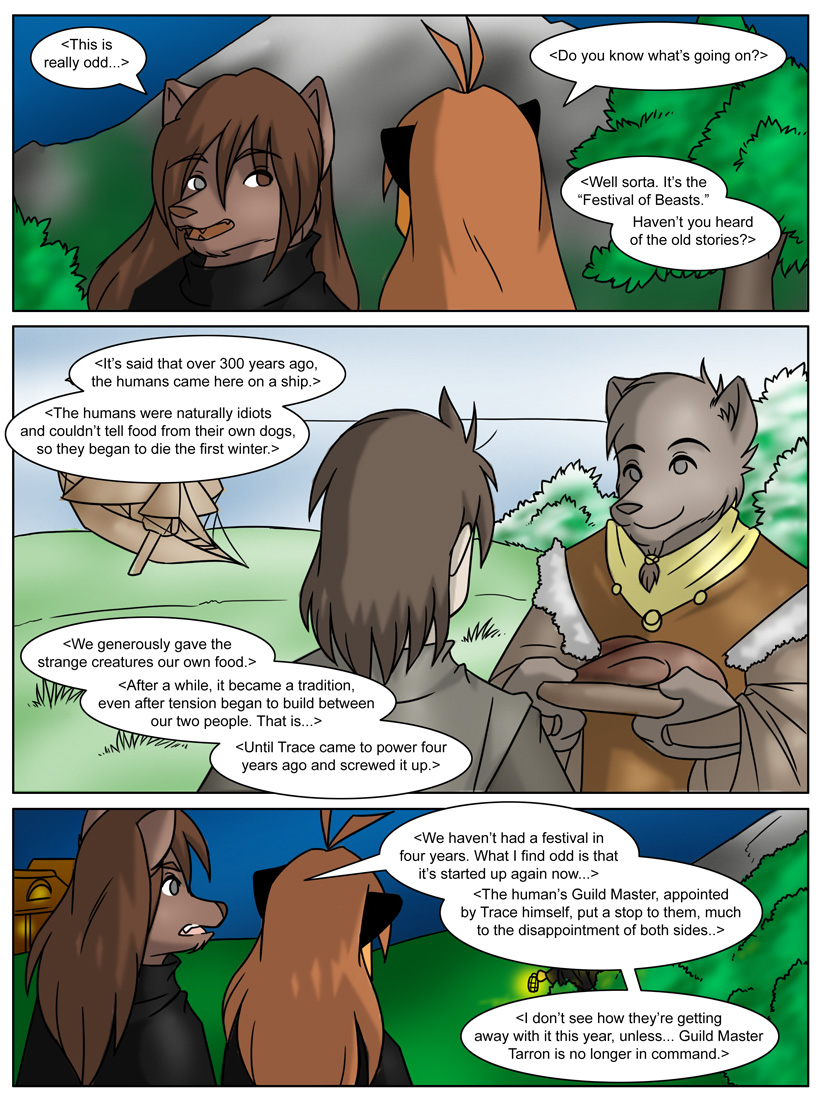 Natani: This is really odd…

Flora: Do you know what’s going on?

Natani: Well sorta. It’s the “Festival of Beasts.” Haven’t you heard of the old stories?

Natani: It’s said that over 300 years ago, the humans came here on a ship. The humans were naturally idiots and couldn’t tell food from their own dogs, so they began to die the first winter.

Natani: We generously gave the strange creatures our own food. After a while, it became a tradition, even after tension began to build between our two people. That is… Until Trace came to power four years ago and screwed it up.

Natani: We haven’t had a festival in four years. What I find odd is that it’s started up again now… The human’s Guild Master, appointed by Trace himself, put a stop to them, much to the disappointment of both sides.. I don’t see how they’re getting away with it this year, unless… Guild Master Tarron is no longer in command.