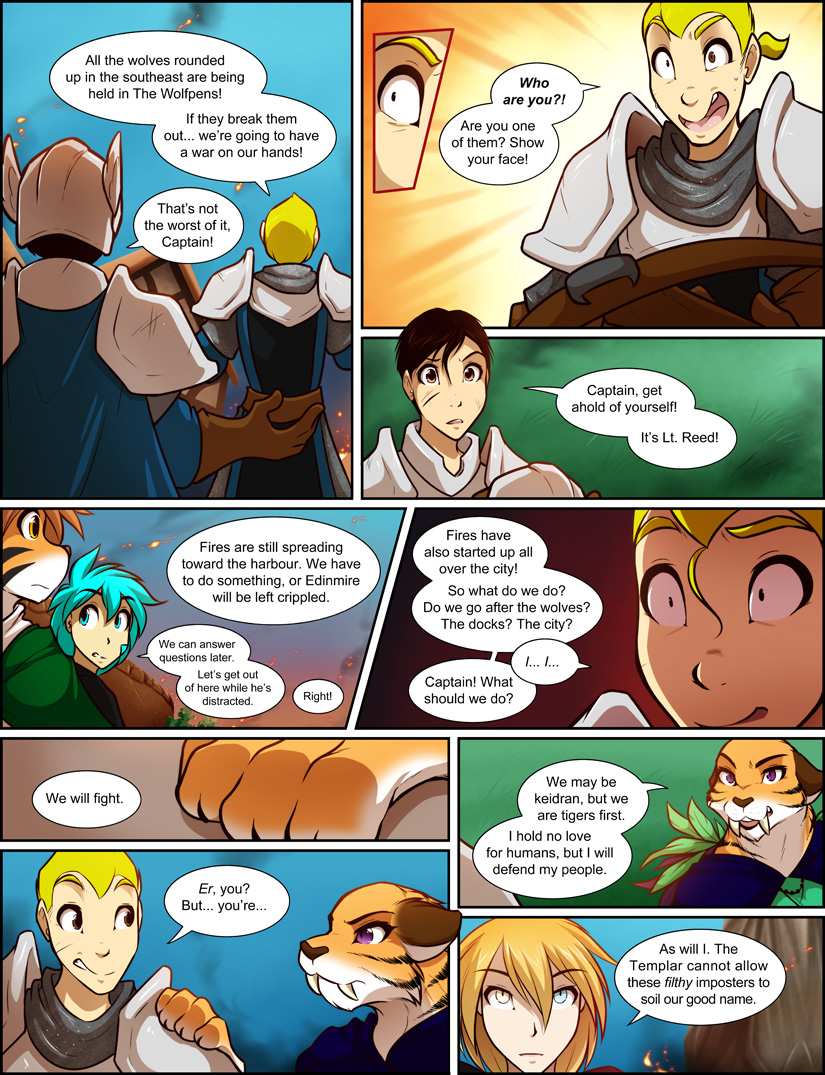 Keiren: All the wolves rounded up in the southeast are being held in The Wolfpens! If they break them out… we’re going to have a war on our hands!

Alice: That’s not the worst of it, Captain!

Keiren: Who are you?! Are you one of them? Show your face!

Alice: Captain, get ahold of yourself! It’s Lt. Reed!

Alice: Fires are still spreading toward the harbour. We have to do something, or Edinmire will be left crippled.

Trace: We can answer questions later. Let’s get out of here while he’s distracted.

Alice: Fires have also started up all over the city! So what do we do? Do we go after the wolves? The docks? The city?

Alice: Captain! What should we do?

Tiger 1: We may be keidran, but we are tigers first. I hold no love for humans, but I will defend my people.

Master Seer: As will I. The Templar cannot allow these filthy imposters to soil our good name.