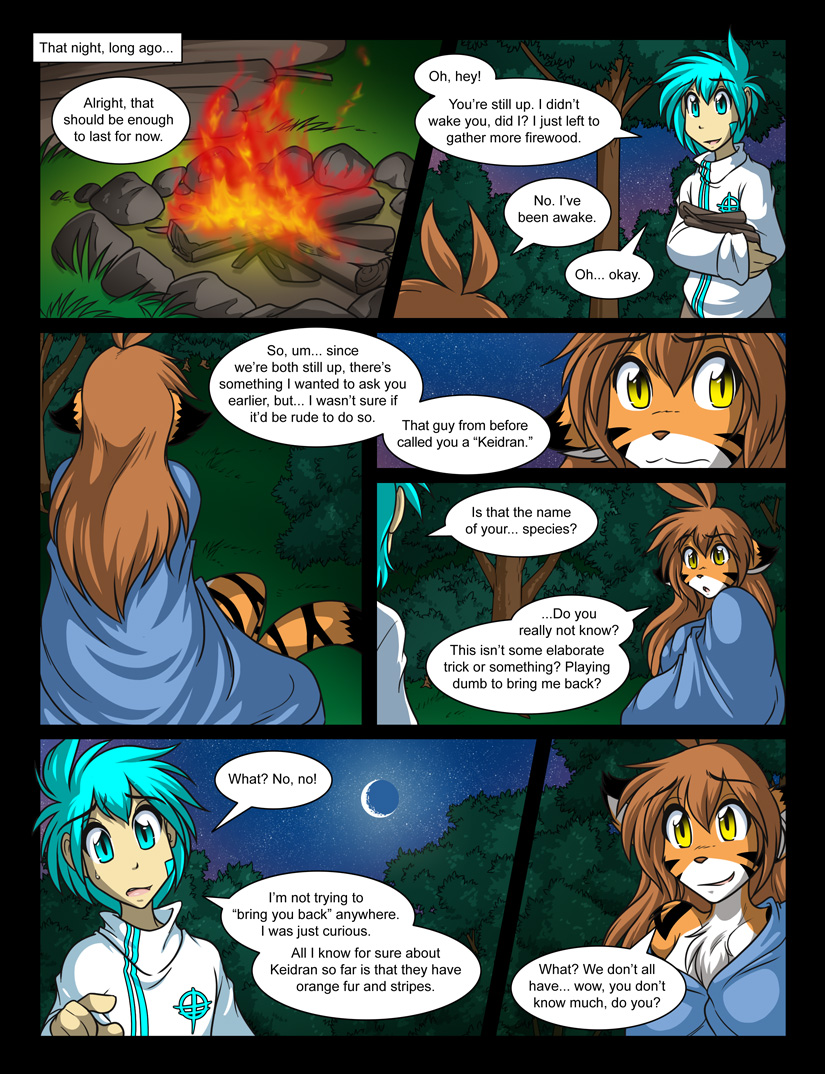 Narration: That night, long ago…

Trace: Alright, that should be enough to last for now.

Trace: Oh, hey! You’re still up. I didn’t wake you, did I? I just left to gather more firewood.

Flora: No. I’ve been awake.

Trace: So, um… since we’re both still up, there’s something I wanted to ask you earlier, but… I wasn’t sure if it’d be rude to do so. That guy from before called you a “Keidran.”

Trace: Is that the name of your… species?

Flora: …Do you really not know? This isn’t some elaborate trick or something? Playing dumb to bring me back?

Trace: I’m not trying to “bring you back” anywhere. I was just curious. All I know for sure about Keidran so far is that they have orange fur and stripes.