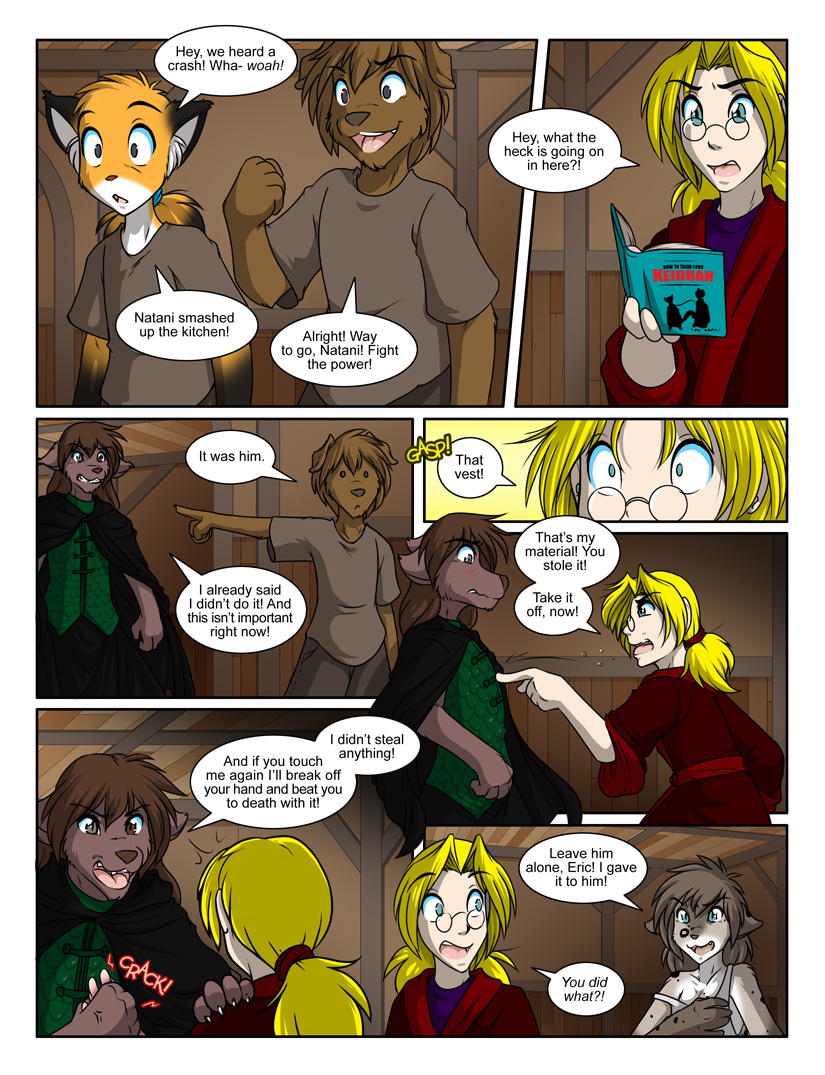 Mike: Natani smashed up the kitchen!

Eric: (in Human) Hey, what the heck is going on in here?!

[HOW TO TRAIN YOUR KEIDRAN]

Natani: (in Keidran) I already said I didn’t do it! And this isn’t important right now!

Eric: (in Keidran) That’s my material! You stole it! Take it off, now!

Natani: (in Keidran) I didn’t steal anything! And if you touch me again I’ll break off your hand and beat you to death with it!

Kat: Leave him alone, Eric! I gave it to him!

Eric: You did what?!