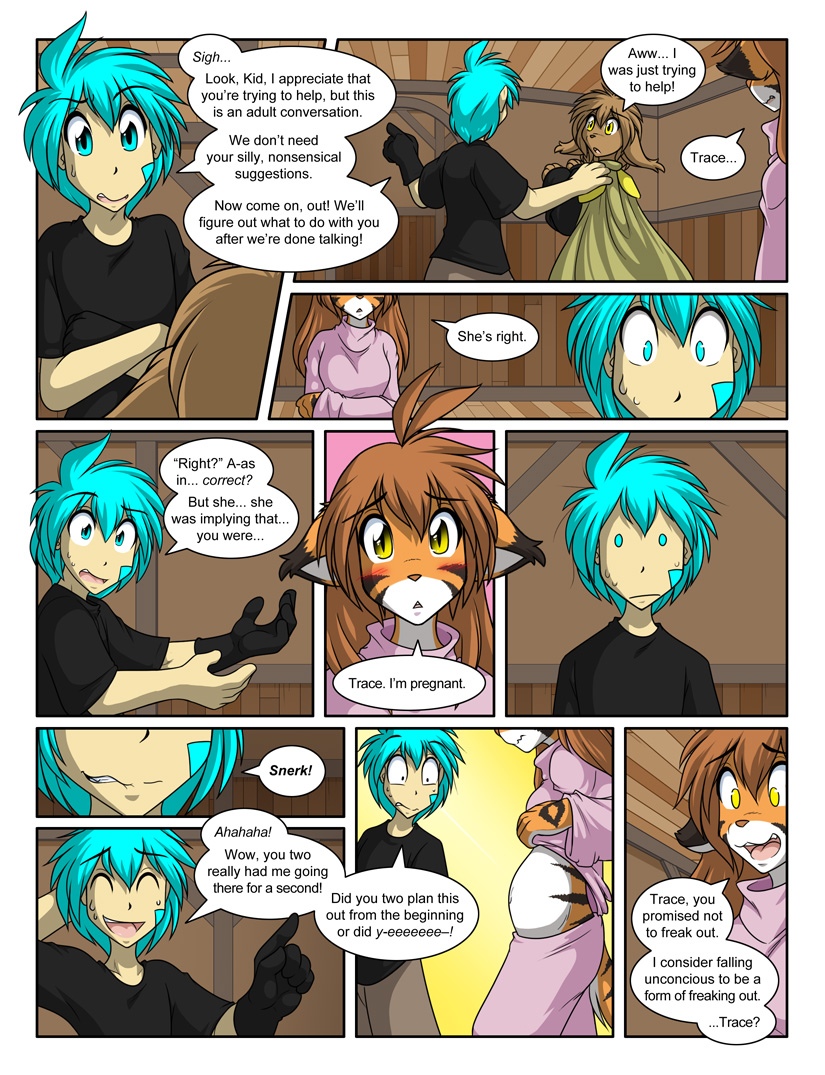 Trace: Sigh… Look, Kid, I appreciate that you’re trying to help, but this is an adult conversation. We don’t need your silly, nonsensical suggestions. Now come on, out! We’ll figure out what to do with you after we’re done talking!

Madelyn: Aww… I was just trying to help!

Trace: “Right”? A-as in… correct? But she… she was implying that… you were…

Trace: Ahahaha! Wow, you two really had me going there for a second! Did you two plan this out from the beginning or did y-_eeeeeee-!_

Flora: Trace, you promised not to freak out. I consider falling unconscious to be a form of freaking out. …Trace?