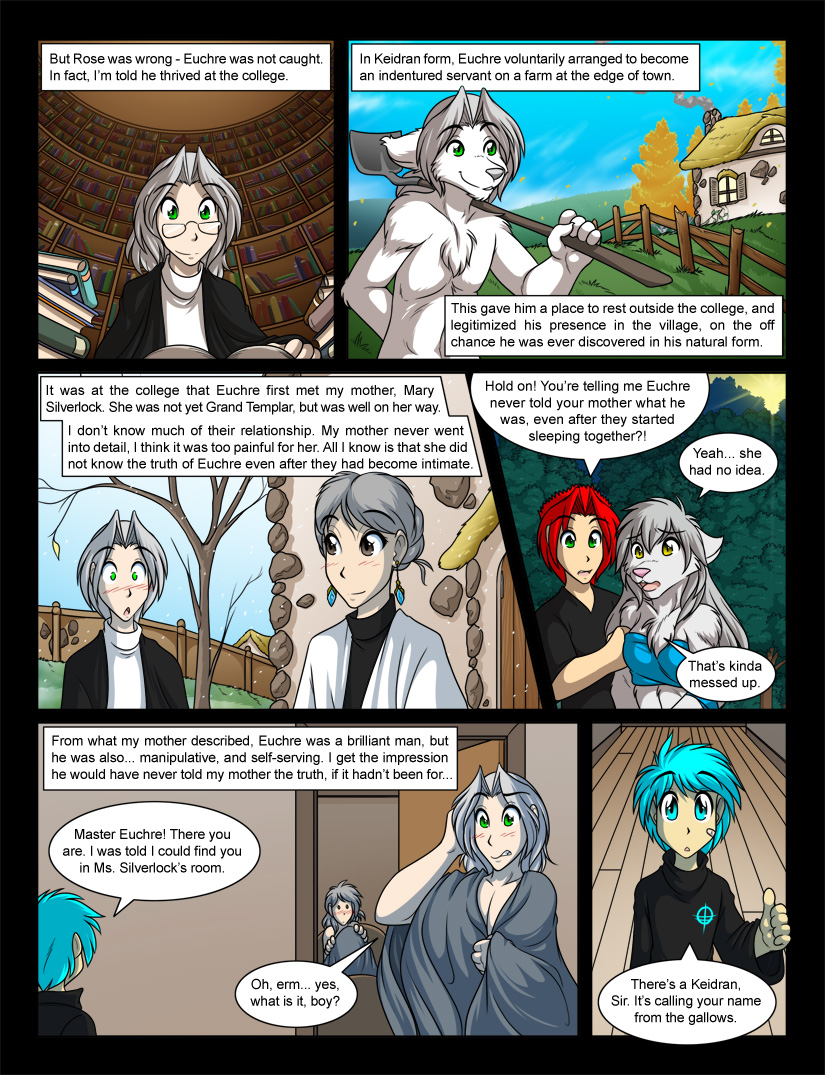 Raine: But Rose was wrong — Euchre was not caught. In fact, I’m told he thrived at the college.

Raine: In Keidran form, Euchre voluntarily arranged to become an indentured servant on a farm at the edge of town.

Raine: This gave him a place to rest outside the college, and legitimized his presence in the village, on the off chance he was ever discovered in his natural form.

Raine: It was at the college that Euchre first met my mother, Mary Silverlock. She was not yet Grand Templar, but was well on her way. I don’t know much of their relationship. My mother never went into detail, I think it was too painful for her. All I know is that she did not know the truth of Euchre even after they had become intimate.

Red: Hold on! You’re telling me Euchre never told your mother what he was, even after they started sleeping together?!

Raine: Yeah… she had no idea.

Raine: From what my mother described, Euchre was a brilliant man, but he was also… manipulative, and self-serving. I get the impression he would have never told my mother the truth, if it hadn’t been for…

Trace: Master Euchre! There you are. I was told I could find you in Ms. Silverlock’s room.

Trace: There’s a Keidran, Sir. It’s calling your name from the gallows.