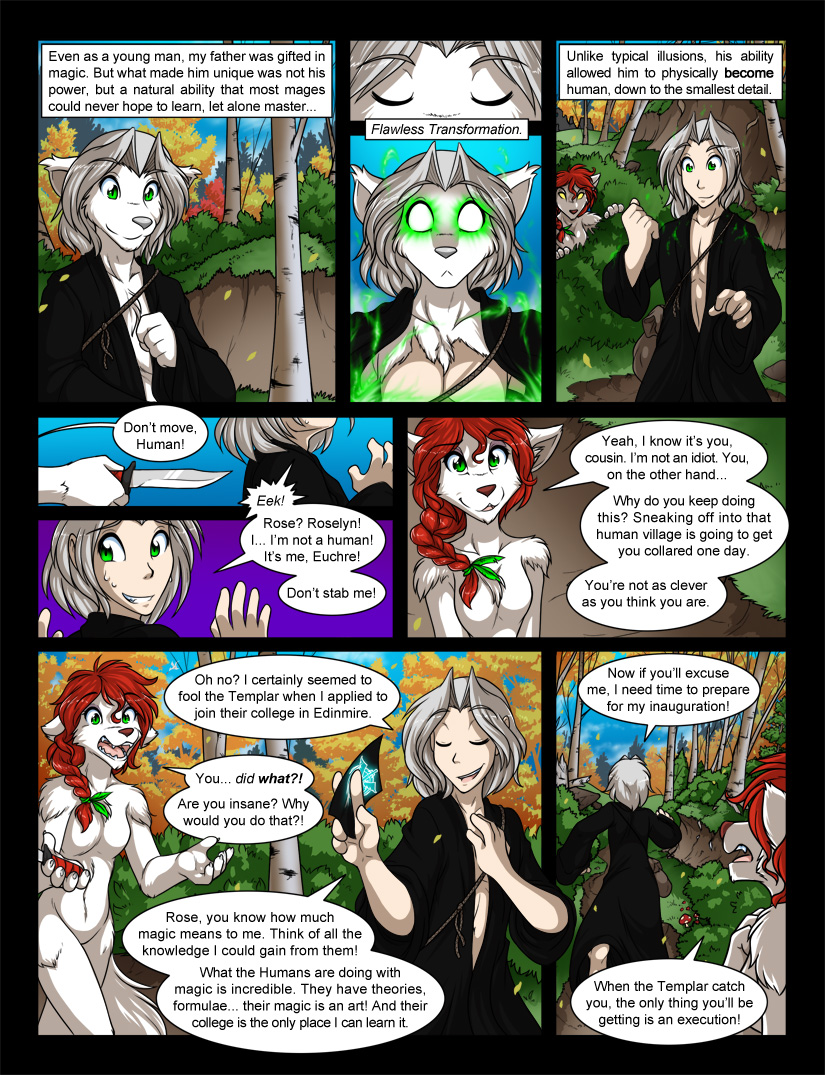 Raine: Even as a young man, my father was gifted in magic. But what made him unique was not his power, but a natural ability that most mages could never hope to learn, let alone master…

Raine: Unlike typical illusions, his ability allowed him to physically become human, down to the smallest detail.

Roselyn: Yeah, I know it’s you, cousin. I’m not an idiot. You, on the other hand… Why do you keep doing this? Sneaking off into that human village is going to get you collared one day. You’re not as clever as you think you are.

Euchre: Oh no? I certainly seemed to fool the Templar when I applied to join their college in Edinmire.

Roselyn: You… did what?! Are you insane? Why would you do that?!

Euchre: Rose, you know how much magic means to me. Think of all the knowledge I could gain from them! What the Humans are doing with magic is incredible. They have theories, formulae… their magic is an art! And their college is the only place I can learn it.

Euchre: Now if you’ll excuse me, I need time to prepare for my inauguration!

Roselyn: When the Templar catch you, the only thing you’ll be getting is an execution!