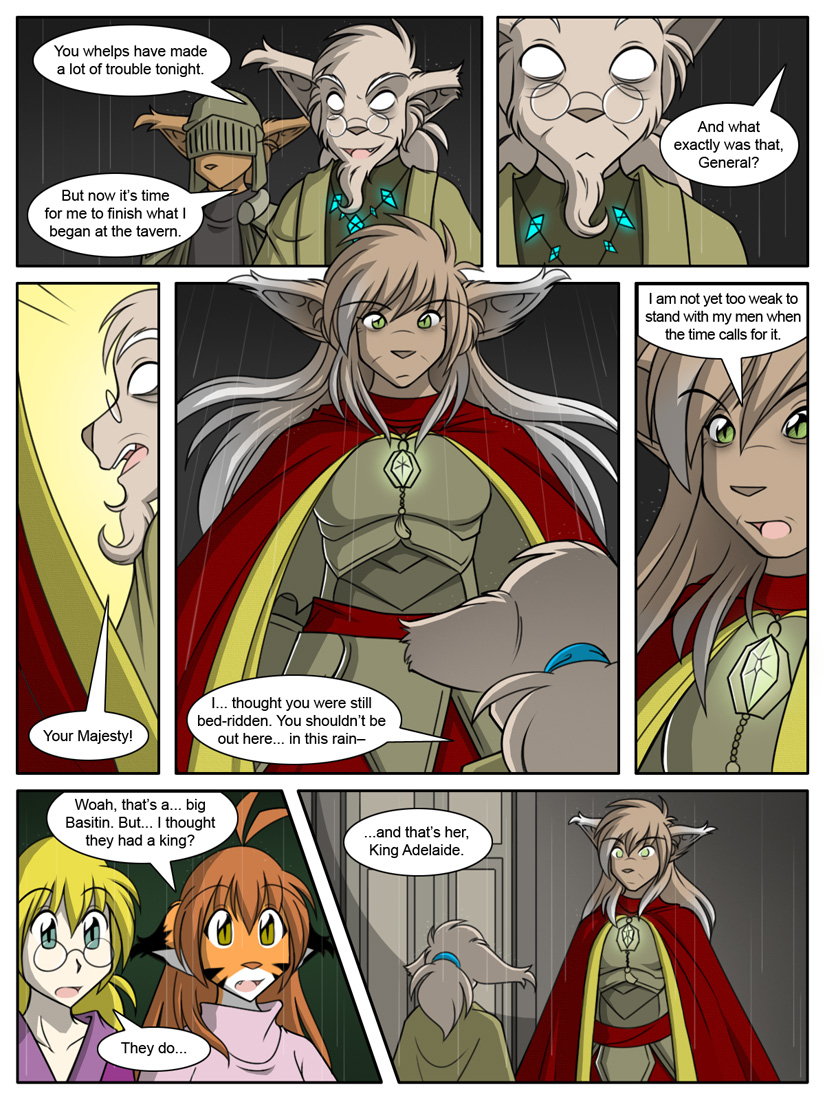 General Alabaster: You whelps have made a lot of trouble tonight.

General Alabaster: But now it’s time for me to finish what I began at the tavern.

King Adelaide: And what exactly was that, General?

General Alabaster: I… thought you were still bed-ridden. You shouldn’t be out here… in this rain—

King Adelaide: I am not yet too weak to stand with my men when the time calls for it.

Flora: Woah, that’s a… big Basitin. But… I thought they had a king?

Eric: …and that’s her, King Adelaide.