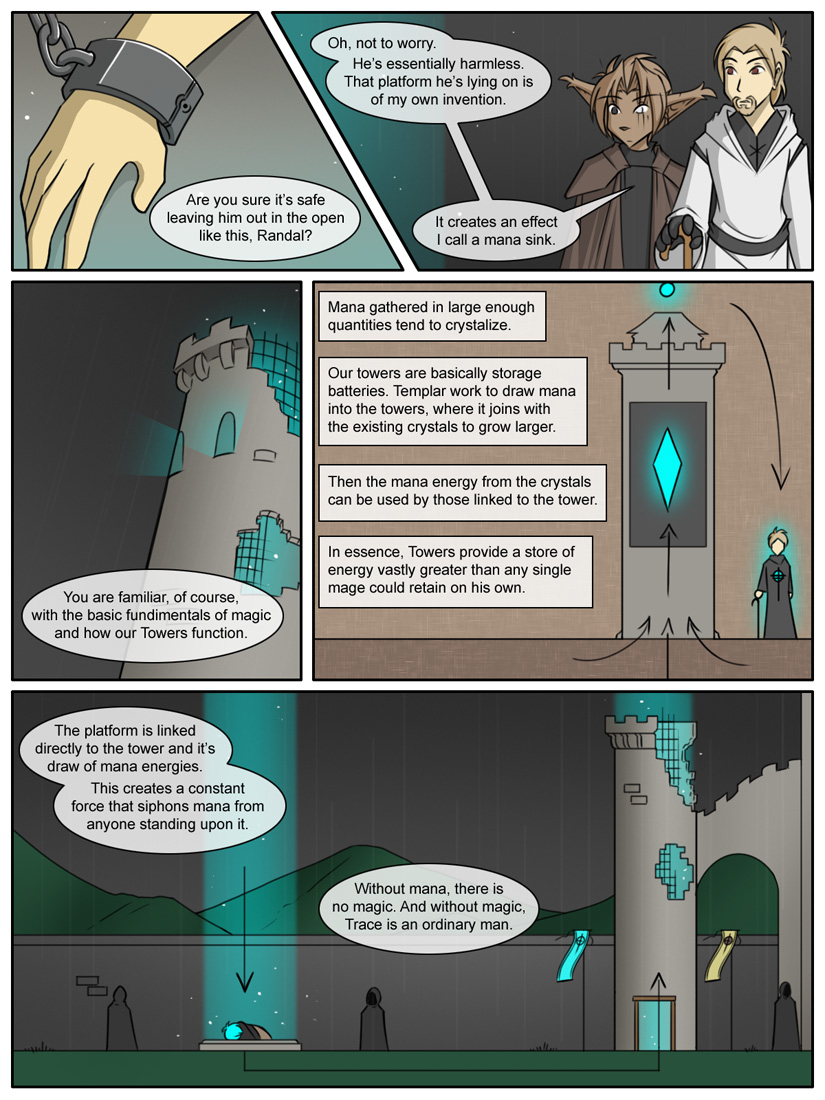 Nickolai: Are you sure it’s safe leaving him out in the open like this, Randal?

Randal: Oh, not to worry. He’s essentially harmless. That platform he’s lying on is one of my own invention. It creates an effect I call a mana sink.

Randal: You are familiar, of course, with the basic fundamentals of magic and how our Towers function.

Randal: Our towers are basically storage batteries. Templar work to draw mana into the towers, where it joins with the existing crystals to grow larger.

Randal: Then the mana energy from the crystals can be used by those linked to the tower.

Randal: In essence, Towers provide a store of energy vastly greater than any single mage could retain on his own.

Randal: The platform is linked directly to the tower and its draw of mana energies. This creates a constant force that siphons mana from anyone standing upon it.

Randal: Without mana, there is no magic. And without magic, Trace is an ordinary man.