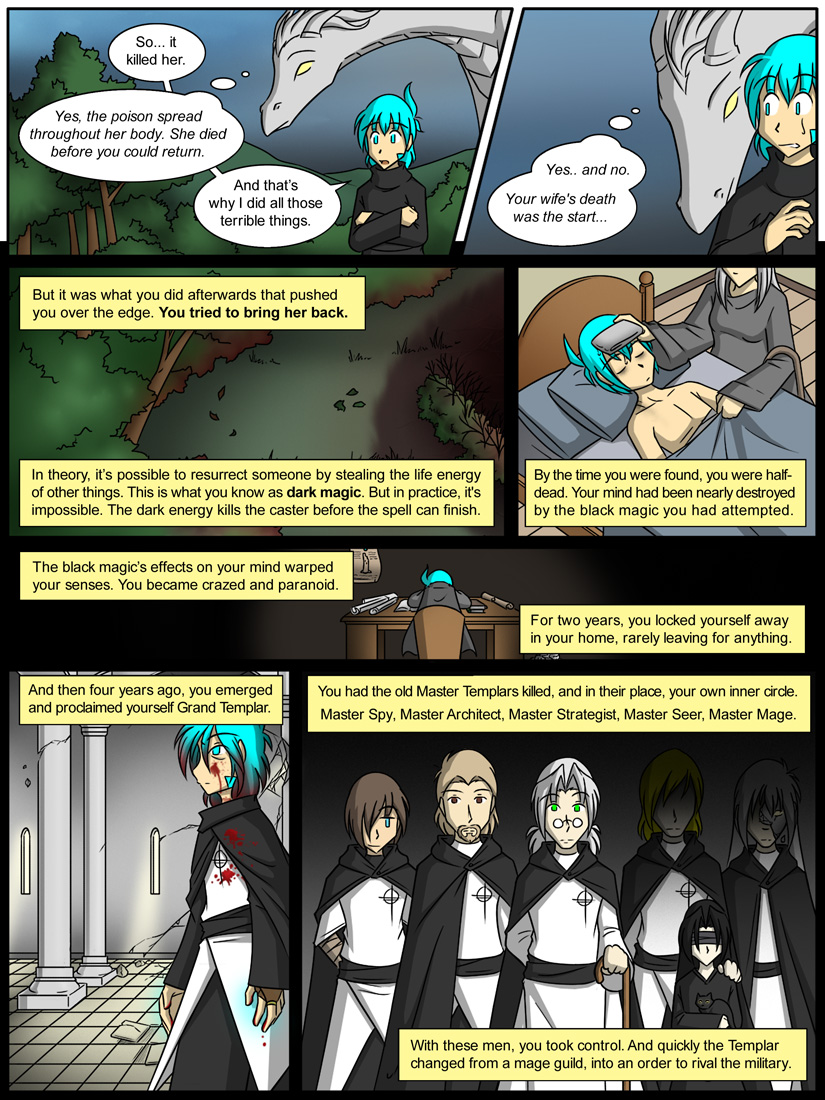 Trace: So… it killed her…

Nora: (thoughts) Yes, the poison spread throughout her body. She died before you could return.

Trace: And that’s why I did all those terrible things.

Nora: (thoughts) Yes.. and no. Your wife’s death was the start…

Nora: But it was what you did afterwards that pushed you over the edge. You tried to bring her back.

Nora: In theory, it’s possible to resurrect someone by stealing the life energy of other things. This is what you know as dark magic. But in practice, it’s impossible. The dark energy kills the caster before the spell can finish.

Nora: By the time you were found, you were half-dead. Your mind had been nearly destroyed by the black magic you had attempted.

Nora: The black magic’s effects on your mind warped your senses. You became crazed and paranoid.

Nora: For two years, you locked yourself away in your home, rarely leaving for anything.

Nora: And then four years ago, you emerged and proclaimed yourself Grand Templar.

Nora: You had the old Master Templars killed, and in their place, your own inner circle. Master Spy, Master Architect, Master Strategist, Master Seer, Master Mage.

Nora: With these men, you took control. And quickly the Templar changed from a mage guild, into an order to rival the military.