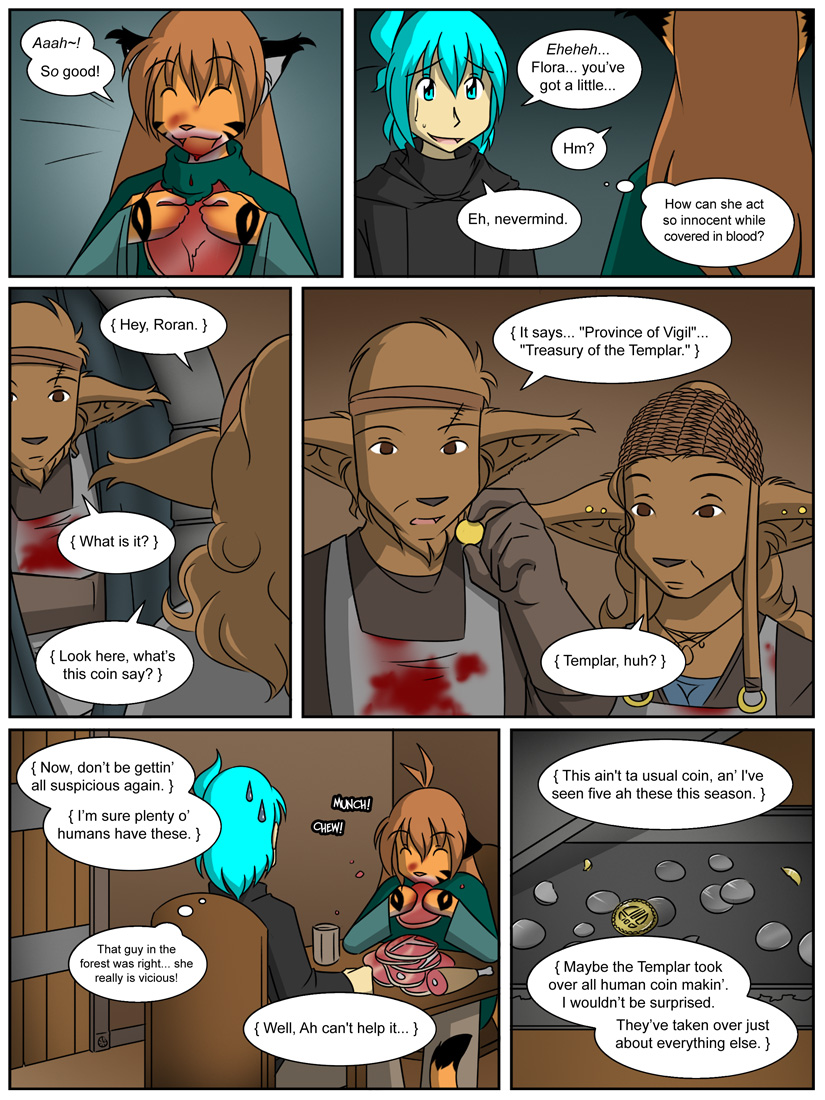 Trace: (in Human) Eheheh… Flora… you’ve got a little…

Trace: (thoughts) How can she act so innocent while covered in blood?

Roran: It says… “Province of Vigil”… “Treasury of the Templar.”

Roran: Now, don’t be gettin’ all suspicious again. I’m sure plenty o’ humans have these.

Trace: (thoughts) That guy in the forest was right… she really is vicious!

Roran: Maybe the Templar took over all human coin makin’. I wouldn’t be surprised. They’ve taken over just about everything else.