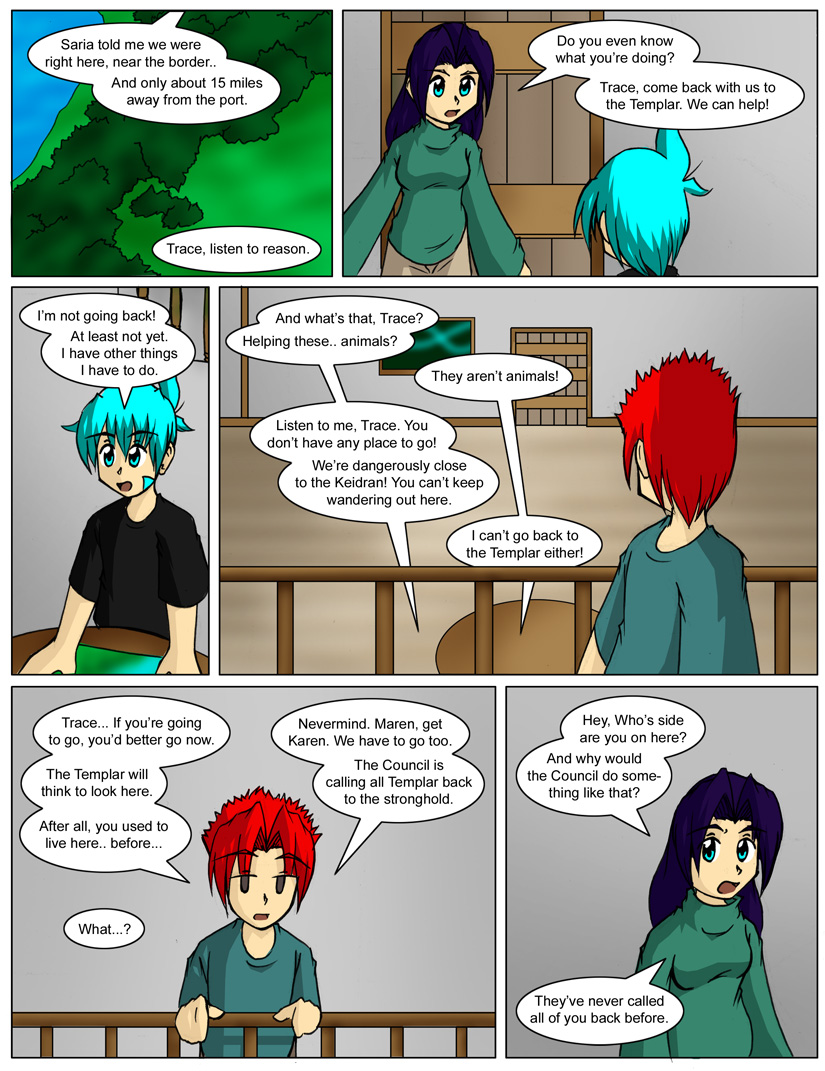 Trace: Saria told me we were right here, near the border.. And only about 15 miles away from the port.

Maren: Do you even know what you’re doing? Trace, come back with us to the Templar. We can help!

Trace: I’m not going back! At least not yet. I have other things I have to do.

Maren: And what’s that, Trace? Helping these.. animals?

Maren: Listen to me, Trace. You don’t have any place to go! We’re dangerously close to the Keidran! You can’t keep wandering out here.

Trace: I can’t go back to the Templar either!

Red: Trace… If you’re going to go, you’d better go now. The Templar will think to look here. After all, you used to live here.. before…

Red: Nevermind. Maren, get Karen. We have to go too. The Council is calling all Templar back to the stronghold.

Maren: Hey, whose side are you on here? And why would the Council do something like that?

Maren: They’ve never called all of you back before.