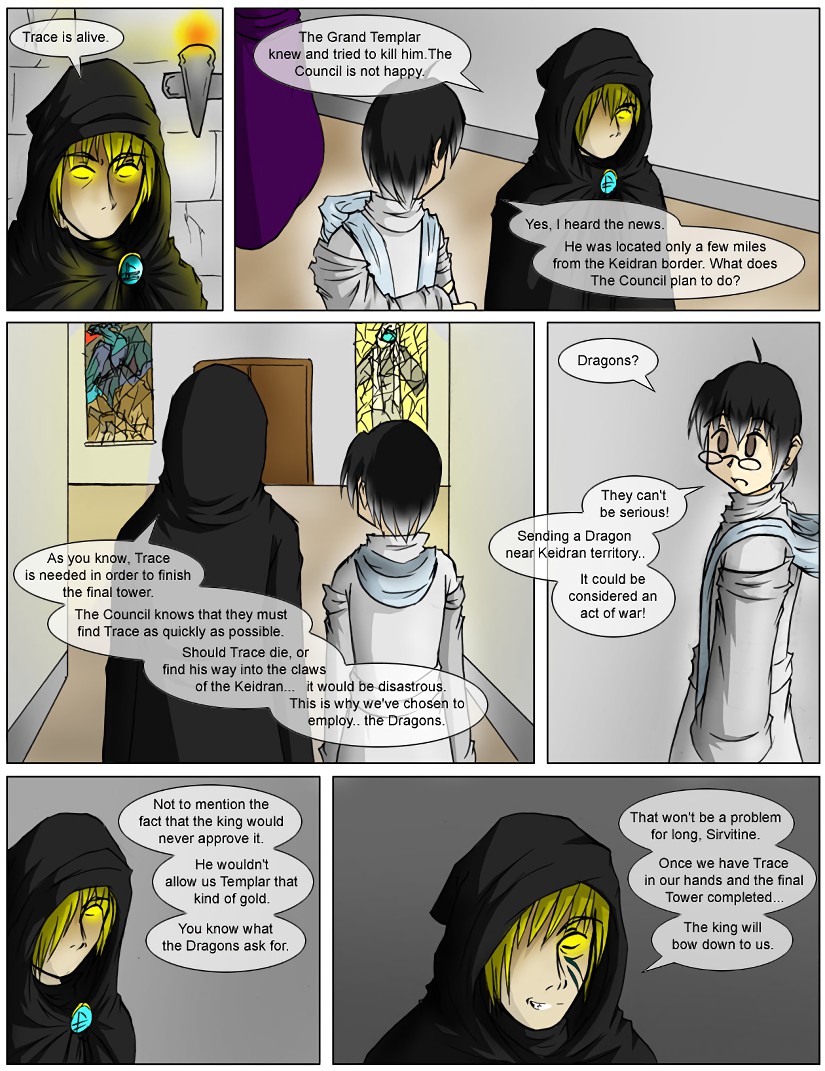 Templar: The Grand Templar knew and tried to kill him. The Council is not happy.

Sirvitine: Yes, I heard the news. He was located only a few miles from the Keidran border. What does The Council plan to do?

Templar: As you know, Trace is needed in order to finish the final tower. The Council knows that they must find Trace as quickly as possible. Should Trace die, or find his ways into the claws of the Keidran… it would be disastrous. This is why we’ve chosen to employ.. the Dragons.

Sirvitine: They can’t be serious! Sending a Dragon near Keidran territory.. It could be considered an act of war!

Sirvitine: Not to mention the fact that the king would never approve it. He wouldn’t allow us Templar that kind of gold. You know what the Dragons ask for.

Templar: That won’t be a problem for long, Sirvitine. Once we have Trace in our hands and the final Tower completed… The king will bow down to us.