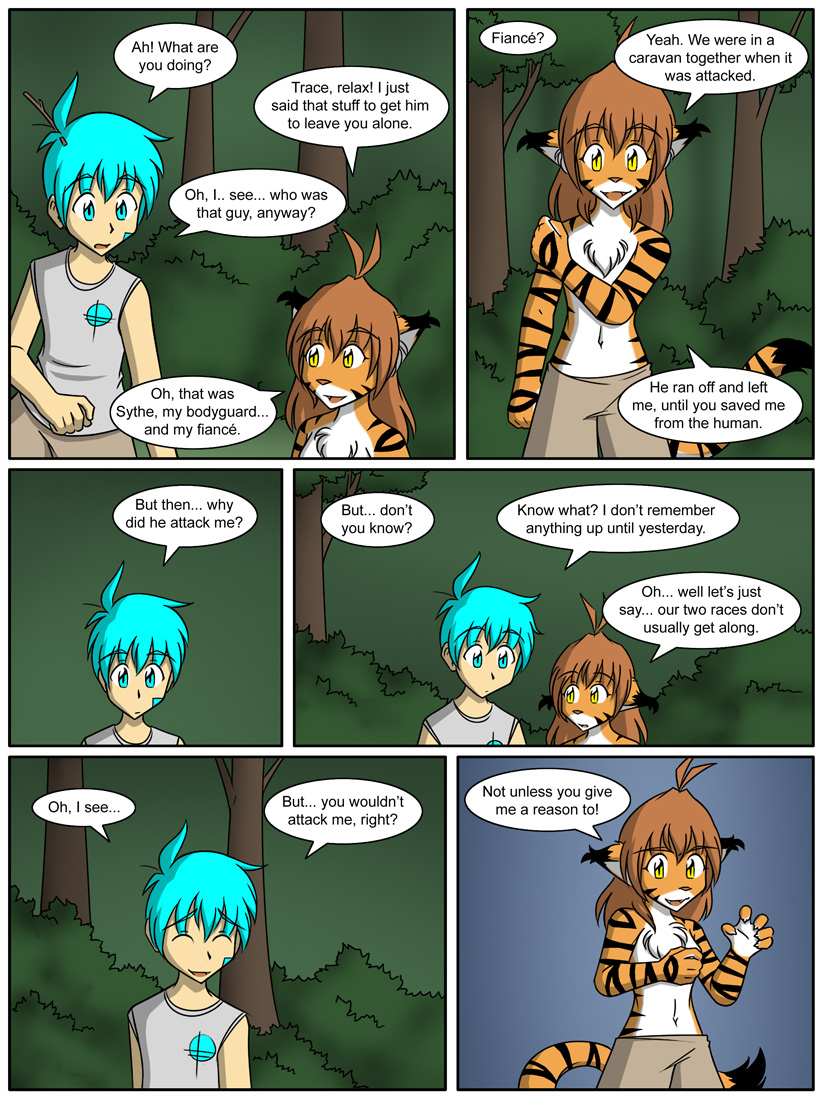 Trace: Ah! What are you doing?

Flora: Trace, relax! I just said that stuff to get him to leave you alone.

Flora: Oh, that was Sythe, my bodyguard… and my fiancé.

Flora: Yeah. We were in a caravan together when it was attacked.

Flora: He ran off and left me, until you saved me from the human.

Trace: But then… why did he attack me?

Flora: But… don’t you know?

Trace: Know what? I don’t remember anything up until yesterday.

Trace: But… you wouldn’t attack me, right?

Flora: Not unless you give me a reason to!