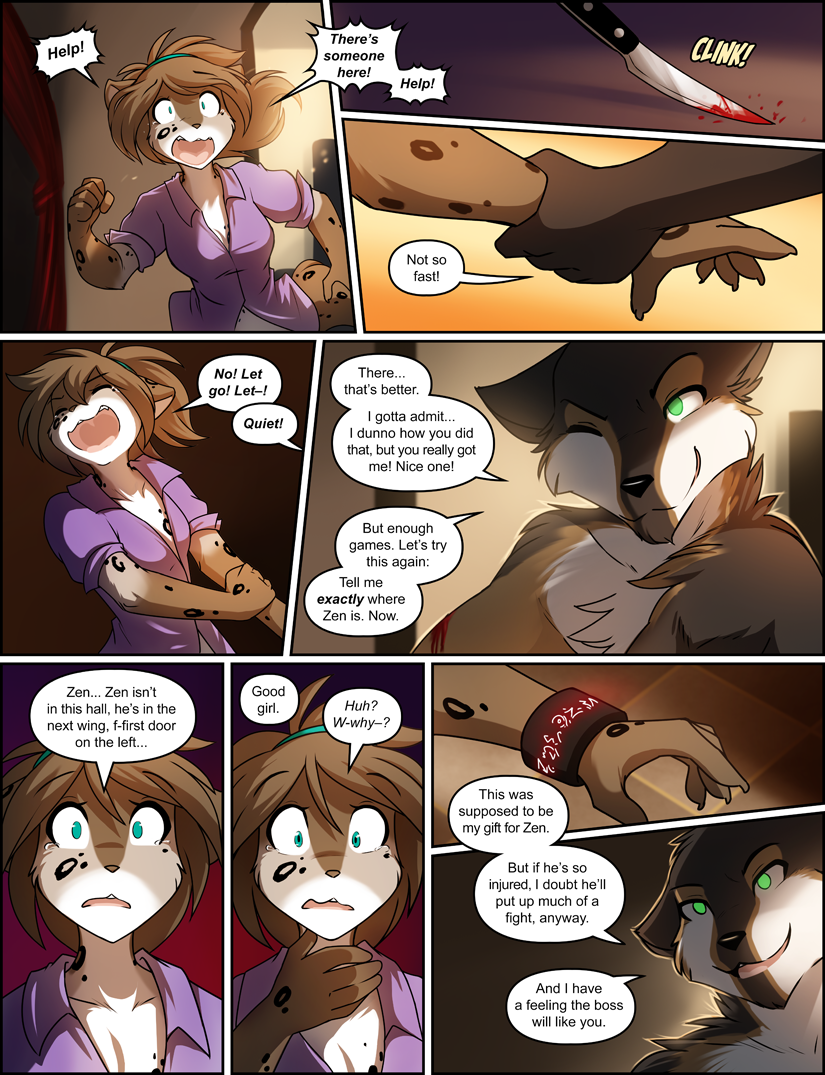 Romulus: Not so fast!

Romulus: There… that’s better. I gotta admit… I dunno how you did that, but you really got me! Nice one!

Romulus: But enough games. Let’s try this again: Tell me exactly where Zen is. Now.

Kathrin: Zen… Zen isn’t in this hall, he’s in the next wing, f-first door on the left…

Romulus: This was supposed to be my gift for Zen. But if he’s so injured, I doubt he’ll put up much of a fight, anyway.

Romulus: And I have a feeling the boss will like you.