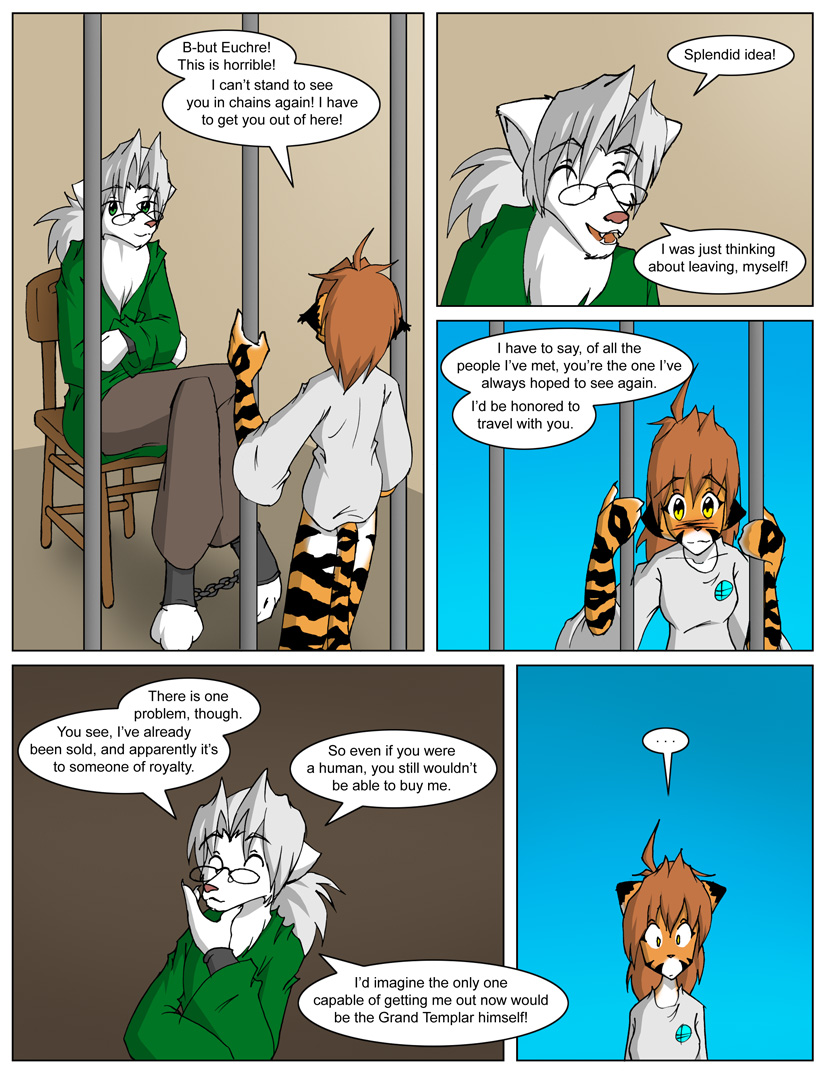 Flora: B-but Euchre! This is horrible! I can’t stand to see in you chains again! I have to get you out of here!

Euchre: I was just thinking about leaving, myself!

Euchre: I have to say, of all the people I’ve met, you’re the one I’ve always hoped to see again. I’d be honored to travel with you.

Euchre: There is one problem, though. You see, I’ve already been sold, and apparently it’s to someone of royalty.

Euchre: So even if you were a human, you still wouldn’t be able to buy me.

Euchre: I’d imagine the only one capable of getting me out now would be the Grand Templar himself!