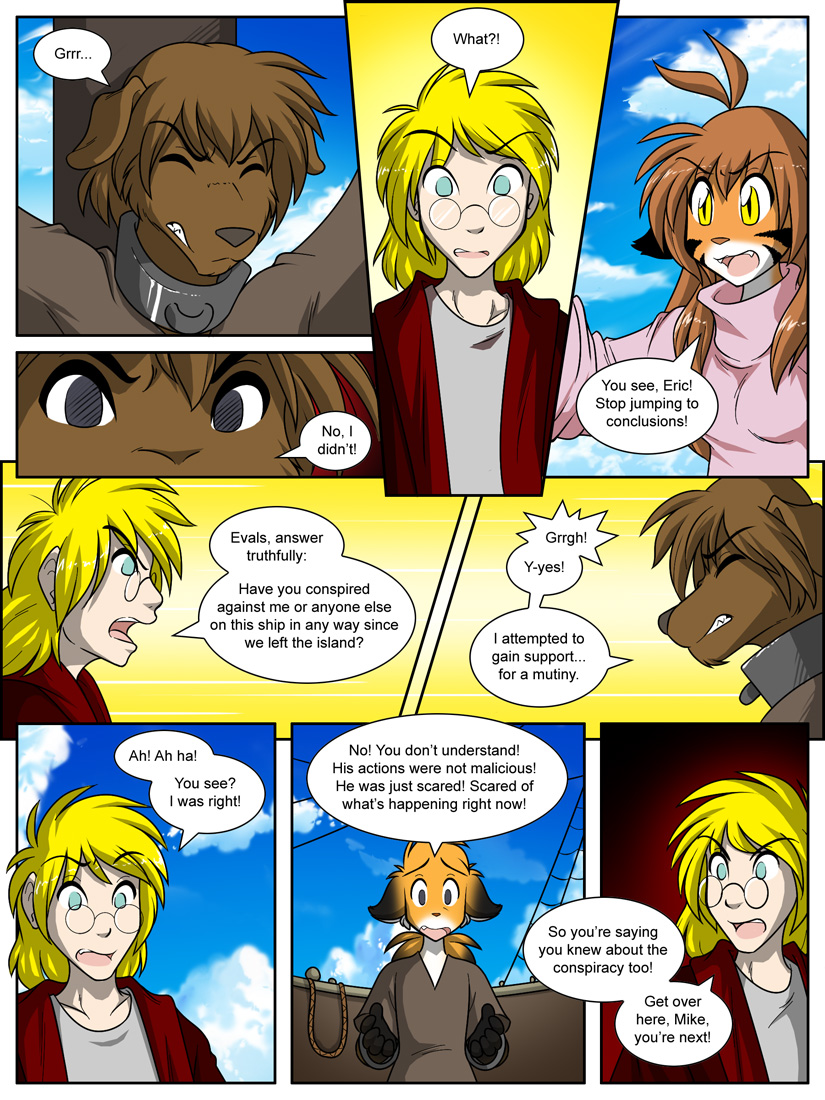 Eric: Evals, answer truthfully: Have you conspired against me or anyone else on this ship in any way since we left the island?

Evals: Grrgh! Y-yes! I attempted to gain support… for a mutiny.

Mike: No! You don’t understand! His actions were not malicious! He was just scared! Scared of what’s happening right now!

Eric: So you’re saying you knew about the conspiracy too! Get over here, Mike, you’re next!