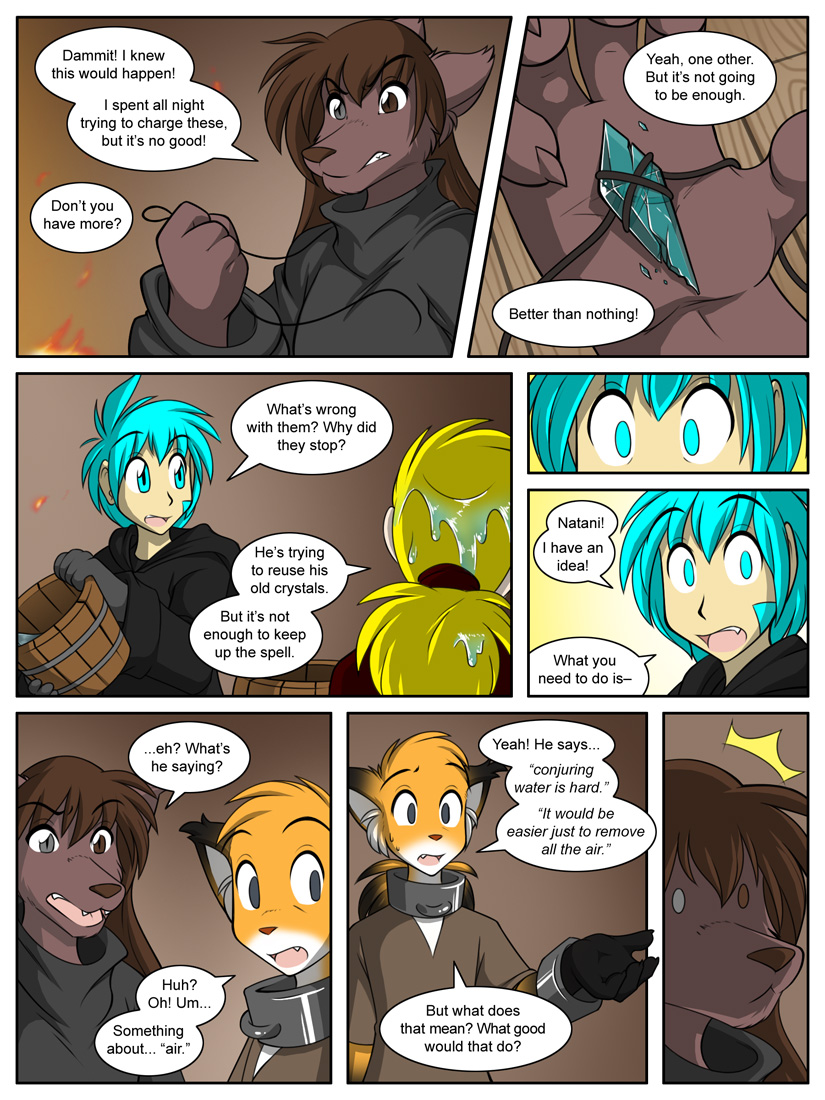 Natani: Dammit! I knew this would happen! I spent all night trying to charge these, but it’s no good!

Mike: Don’t you have more?

Natani: Yeah, one other. But it’s not going to be enough.

Mike: Better than nothing!

Trace: (in Human) What’s wrong with them? Why did they stop?

Eric: (in Human) He’s trying to reuse his old crystals. But it’s not enough to keep up the spell.

Trace: (in Human) Natani! I have an idea!

Trace: (in Human) What you need to do is—

Mike: Yeah! He says… “conjuring water is hard.” “It would be easier to just remove all the air.”

Mike: But what does that mean? What good would that do?