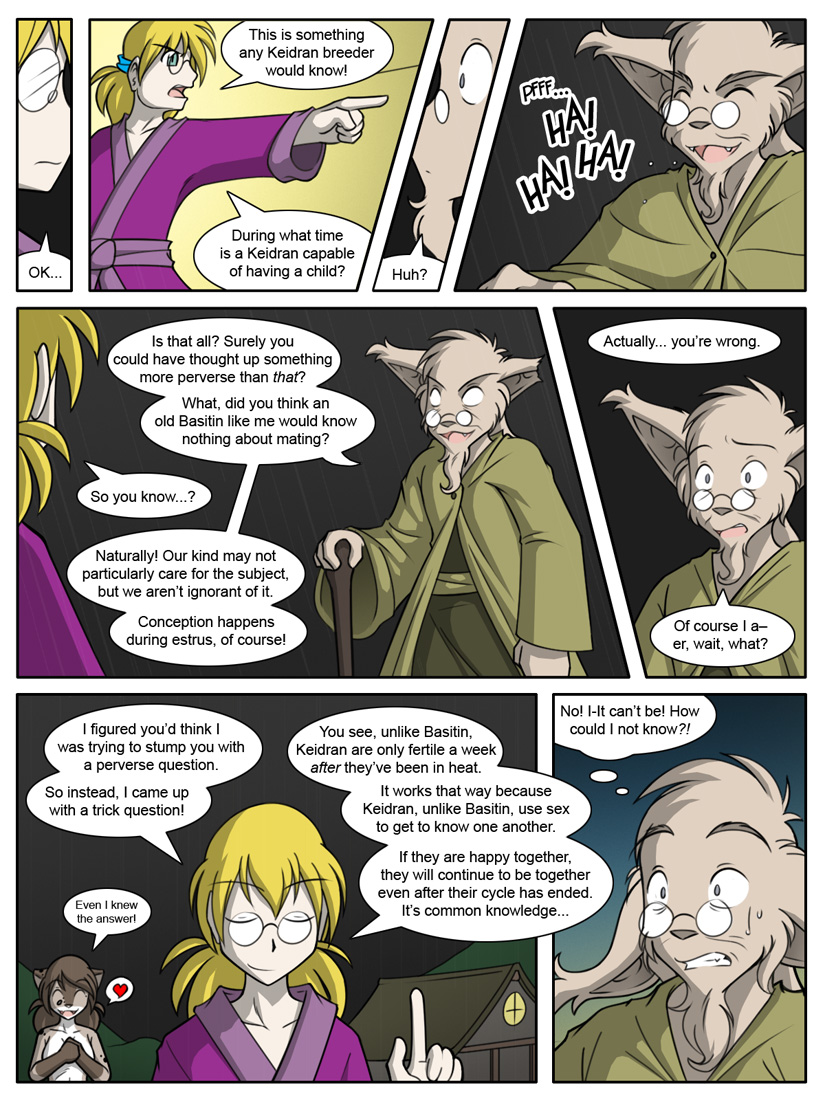 Eric: This is something any Keidran breeder would know!

Eric: During what time is a Keidran capable of having a child?

General Alabaster: Is that all? Surely you could have thought up something more perverse than that? What, did you think an old Basitin like me would know nothing about mating?

General Alabaster: Naturally! Our kind may not particularly care for the subject, but we aren’t ignorant of it. Conception happens during estrus, of course!

General Alabaster: Of course I a— er, wait, what?

Eric: I figured you’d think I was trying to stump you with a perverse question. So instead, I came up with a trick question!

Eric: You see, unlike Basitin, Keidran are only fertile a week after they’ve been in heat. It works that way because Keidran, unlike Basitin, use sex to get to know one another. If they are happy together, they will continue to be together even after their cycle has ended. It’s common knowledge…

Kat: Even I knew the answer!

General Alabaster: (thoughts) No! I-It can’t be! How could I not know?!