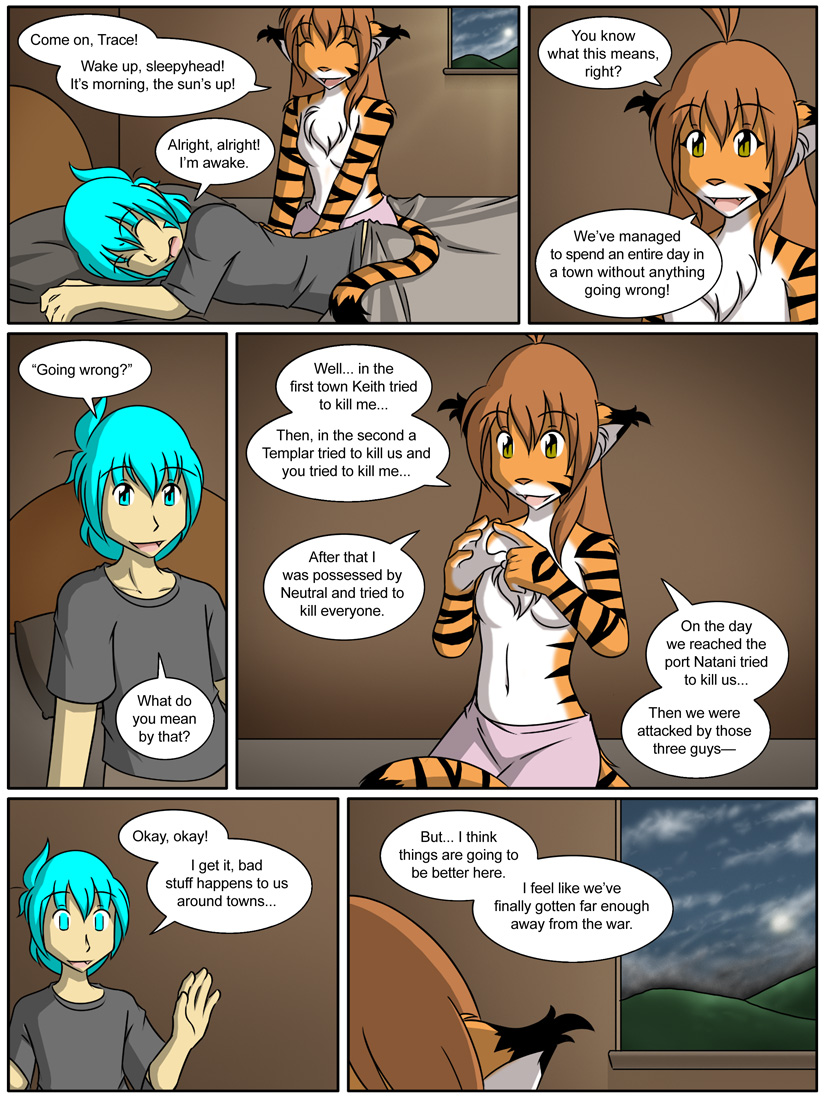 Flora: Come on, Trace! Wake up, sleepyhead! It’s morning, the sun’s up!

Flora: You know what that means, right?

Flora: We’ve managed to spend an entire day in a town without anything going wrong!

Trace: What do you mean by that?

Flora: After that I was possessed by Neutral and tried to kill everyone.

Flora: On the day we reached the port Natani tried to kill us… Then we were attacked by those three guys—

Trace: Okay, okay! I get it, bad stuff happens to us around towns…

Flora: But… I think things are going to be better here. I feel like we’ve finally gotten far enough away from the war.