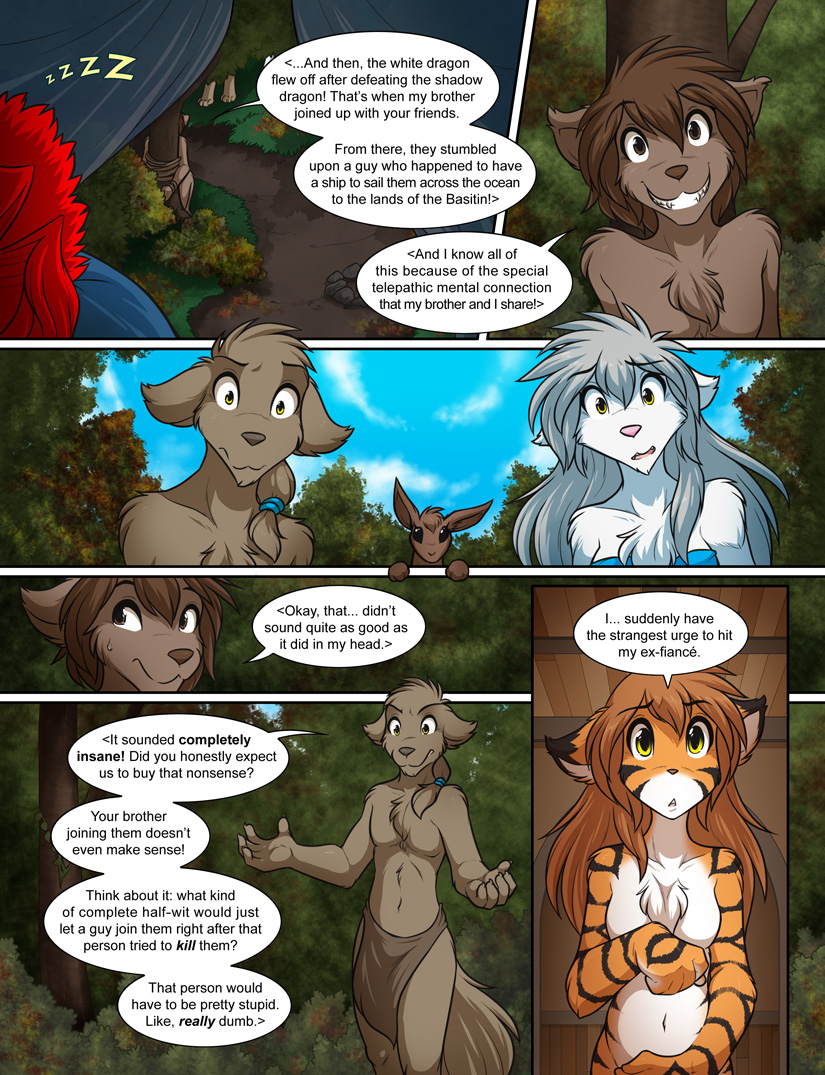 Zen: …And then, the white dragon flew off after defeating the shadow dragon! That’s when my brother joined up with your friends. From there, they stumbled upon a guy who happened to have a ship to sail them across the ocean to the lands of the Basitin!

Zen: And I know all of this because of the special telepathic mental connection that my brother and I share!

Zen: Okay, that… didn’t sound quite as good as it did in my head.

Sythe: It sounded completely insane! Did you honestly expect us to buy that nonsense? Your brother joining them doesn’t even make sense! Think about it: what kind of complete half-wit would just let a guy join them right after that person tried to kill them? That person would have to be pretty stupid. Like, really dumb.

Flora: I… suddenly have the strangest urge to hit my ex-fiancé.