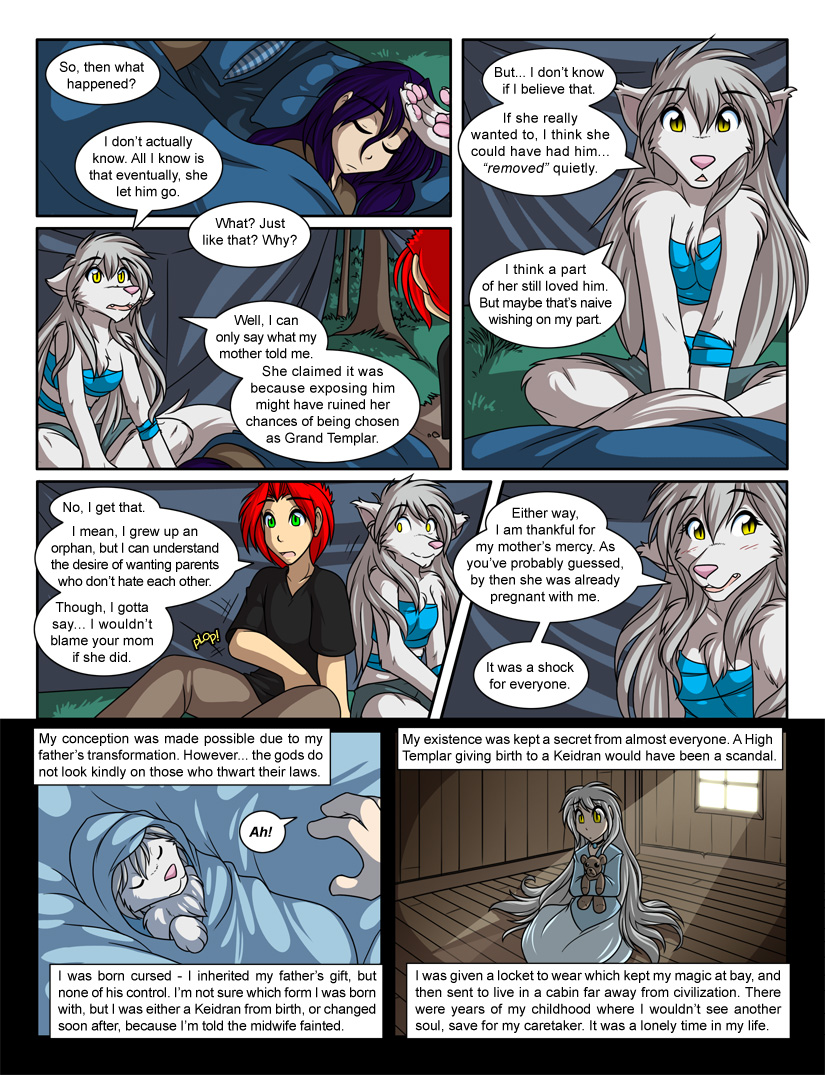 Red: So, then what happened?

Raine: I don’t actually know. All I know is that eventually, she let him go.

Raine: Well, I can only say what my mother told me. She claimed it was because exposing him might have ruined her chances of being chosen as Grand Templar.

Raine: But… I don’t know if I believe that. If she really wanted to, I think she could have had him… “removed” quietly.

Raine: I think a part of her still loved him, but maybe that’s naive wishing on my part.

Red: No, I get that. I mean, I grew up an orphan, but I can understand the desire of wanting parents who don’t hate each other. Though, I gotta say… I wouldn’t blame your mom if she did.

Raine: Either way, I’m thankful for my mother’s mercy. As you’ve probably guessed, by then she was already pregnant with me. It was a shock for everyone.

Raine: My conception was made possible due to my father’s transformation. However… the gods do not look kindly on those who thwart their laws.

Raine: I was born cursed — I inherited my father’s gift, but none of his control. I’m not sure which form I was born with, but I was either a Keidran from birth, or changed soon after, because I’m told the midwife fainted.

Raine: My existence was kept a secret from almost everyone. A High Templar giving birth to a Keidran would have been a scandal.

Raine: I was given a locket to wear which kept my magic at bay, and then sent to live in a cabin far away from civilization. There were years of my childhood where I wouldn’t see another soul, save for my caretaker. It was a lonely time in my life.