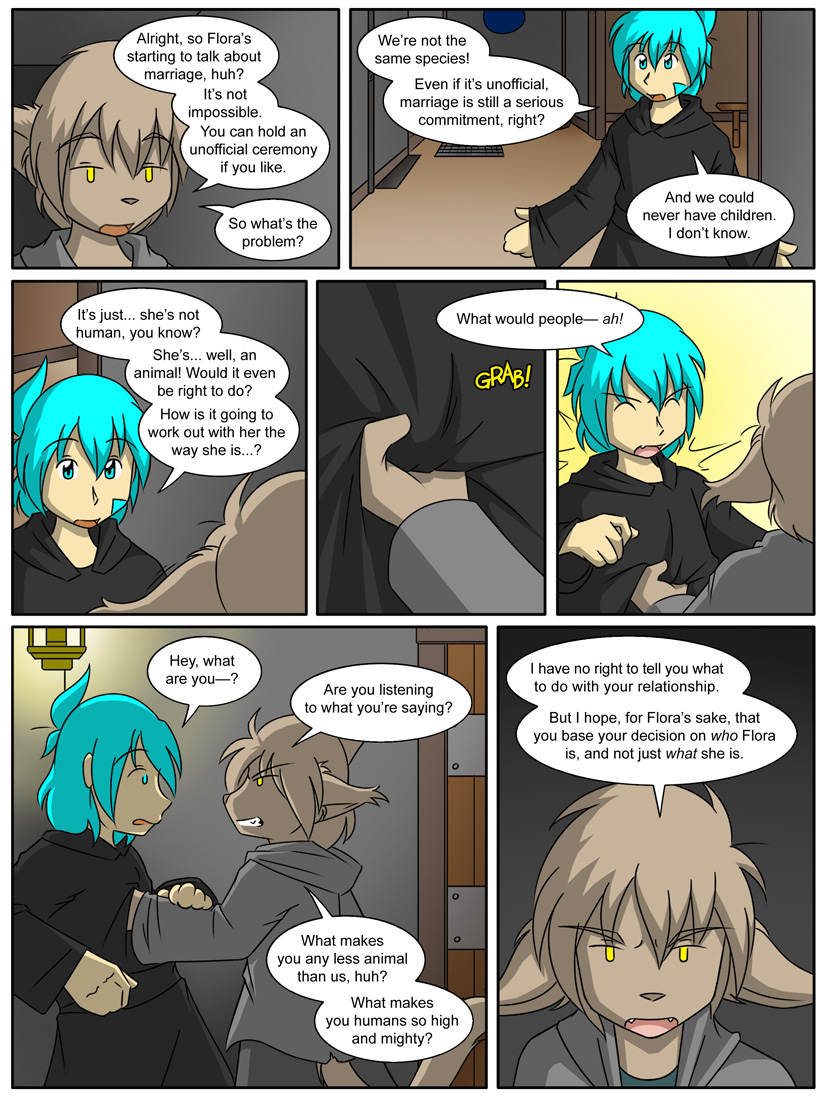 Keith: Alright, so Flora’s starting to talk about marriage, huh? It’s not impossible. You can hold an unofficial ceremony if you like.

Keith: So what’s the problem?

Trace: We’re not the same species! Even if it’s unofficial, marriage is still a serious commitment, right?

Trace: And we could never have children. I don’t know.

Trace: It’s just.. she’s not human, you know? She’s.. well, an animal! Would it even be right to do? How is it going to work out with her the way she is…?

Trace: What would people— ah!

Keith: Are you even listening to what you’re saying?

Keith: I have no right to tell you what to do with your relationship. But I hope, for Flora’s sake, that you base your decision on who Flora is, and not just what she is.