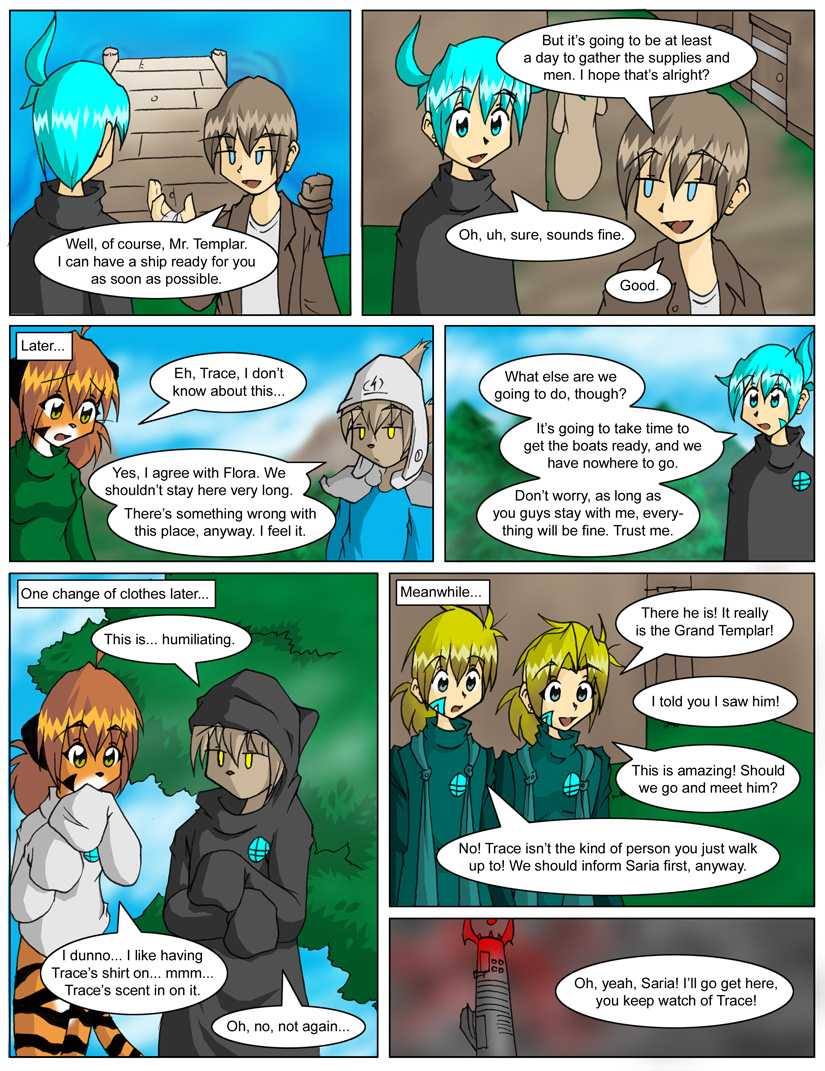 Sirus: Well, of course, Mr. Templar. I can have a ship ready for you as soon as possible.

Sirus: But it’s going to be at least a day to gather the supplies and men. I hope that’s alright?

Flora: Eh, Trace, I don’t know about this…

Keith: Yes, I agree with Flora. We shouldn’t stay here very long. There’s something wrong with this place, anyway. I feel it.

Trace: What else are we going to do, though? It’s going to take time to get the boats ready, and we have nowhere to go. Don’t worry, as long as you guys stay with me, everything will be fine. Trust me.

Narration: One change of clothes later…

Keith: This is… humiliating.

Flora: I dunno… I like having Trace’s shirt on… mmm… Trace’s scent is on it.

Templar Twin 1: There he is! It really is the Grand Templar!

Templar Twin 2: I told you I saw him!

Templar Twin 1: This is amazing! Should we go and meet him?

Templar Twin 2: No! Trace isn’t the kind of person you just walk up to! We should inform Saria first, anyway.