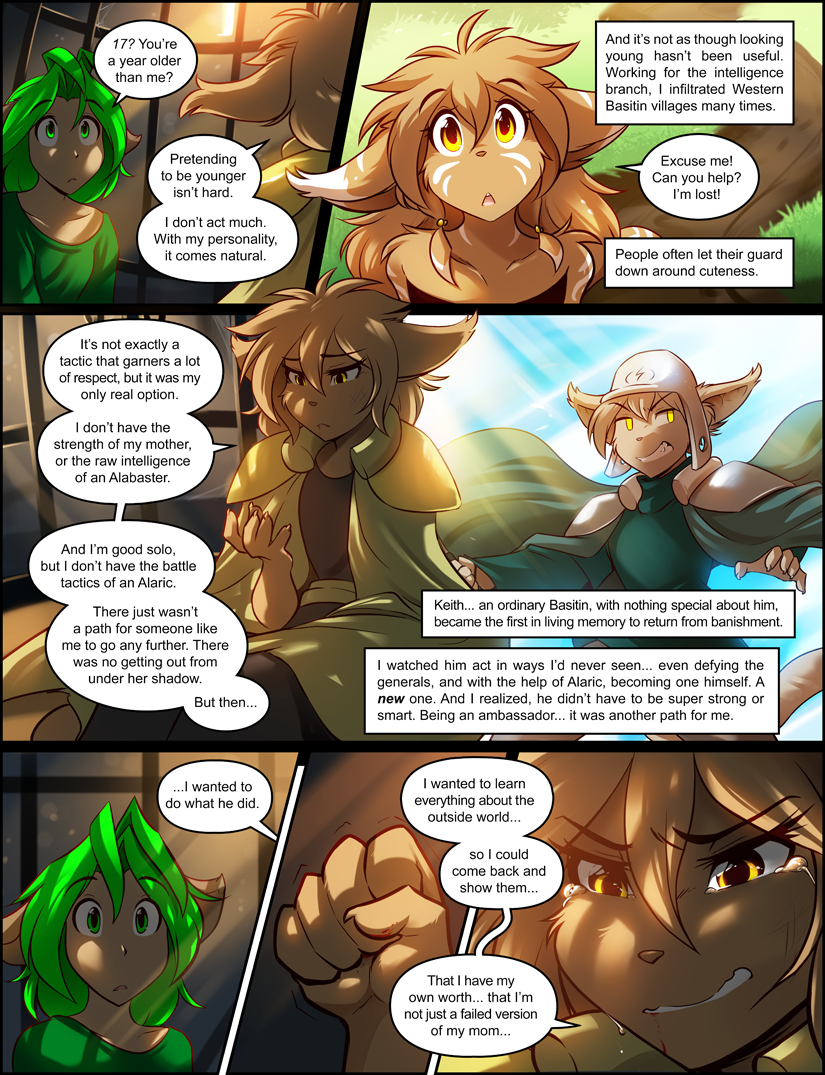 Madelyn: Pretending to be younger isn’t hard. I don’t act much. With my personality, it comes natural.

Madelyn: And it’s not as though looking young hasn’t been useful. Working for the intelligence branch, I infiltrated Western Basitin villages many times.

Madelyn (past): Excuse me! Can you help? I’m lost!

Madelyn: People often let their guard down around cuteness.

Madelyn: It’s not exactly a tactic that garners a lot of respect, but it was my only real option. I don’t have the strength of my mother, or the raw intelligence of an Alabaster.

Madelyn: And I’m good solo, but I don’t have the battle tactics of an Alaric. There just wasn’t a path for someone like me to go any further. There was no getting out from under her shadow. But then…

Madelyn: Keith… an ordinary Basitin, with nothing special about him, became the first in living memory to return from banishment.

Madelyn: I watched him act in ways I’d never seen… ever defying the generals, and with the help of an Alaric, becoming one himself. A new one. An I realized, he din’t have to be super strong or smart. Being an ambassador… it was another path for me.

Madelyn: …I wanted to do what he did.

Madelyn: I wanted to learn everything about the outside world… so I could come back and show them…

Madelyn: That I have my own worth… that I’m not just a failed verison of my mom…