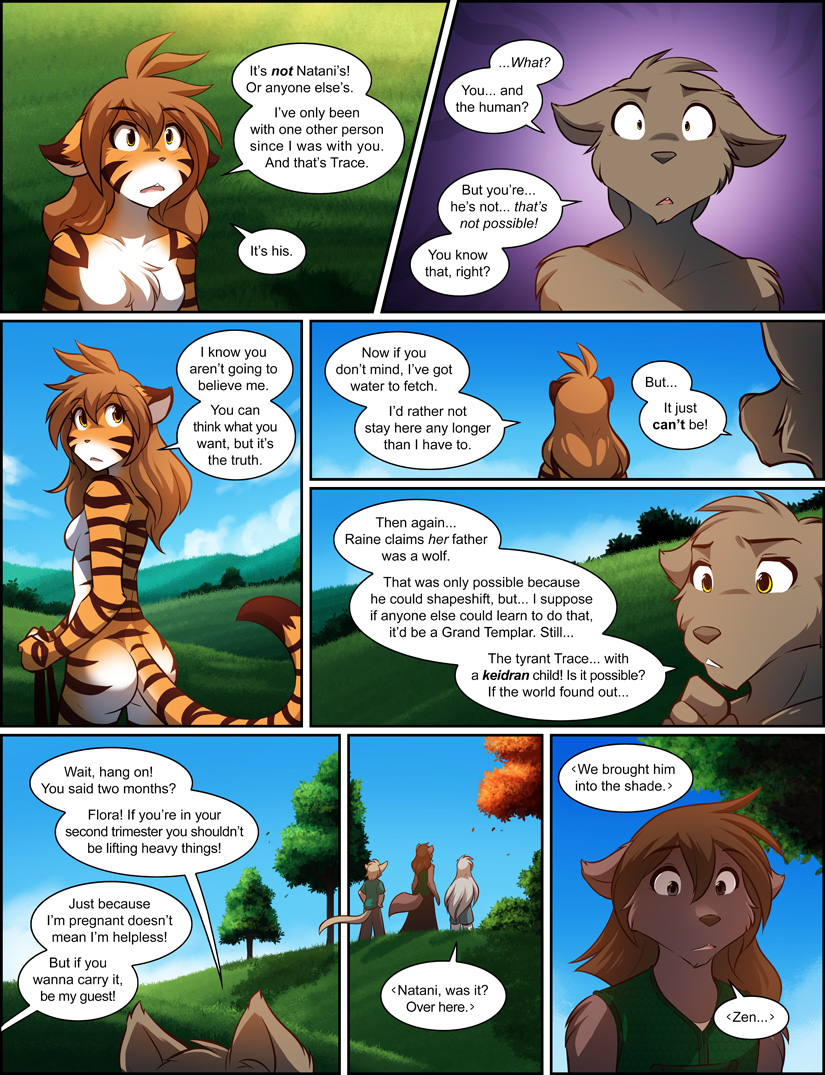 Flora: It’s not Natani’s! Or anyone else’s. I’ve only been with one other person since I was with you. And that’s Trace.

Sythe: But you’re… he’s not… that’s not possible! You know that, right?

Flora: I know you aren’t going to believe me. You can think what you want, but it’s the truth.

Flora: Now, if you don’t mind, I’ve got water to fetch. I’d rather not stay here any longer than I have to.

Sythe: Then again… Raine claims her father was a wolf. That was only possible becuse he could shapeshift, but… I suppose if anyone else could learn to do that, it’d be a Grand Templar. Still… The tyrant Trace… with a keidran child! Is it possible? If the world found out…

Sythe: Wait, hang on! You said two months? Flora! If you’re in your second trimester you shouldn’t be lifting heavy things!

Flora: Just because I’m pregnant doesn’t mean I’m helpless! But if you wanna carry it, be my guest!

Raine: (in Keidran) Natani, was it? Over here.

Raine: (in Keidran) We brought him into the shade.