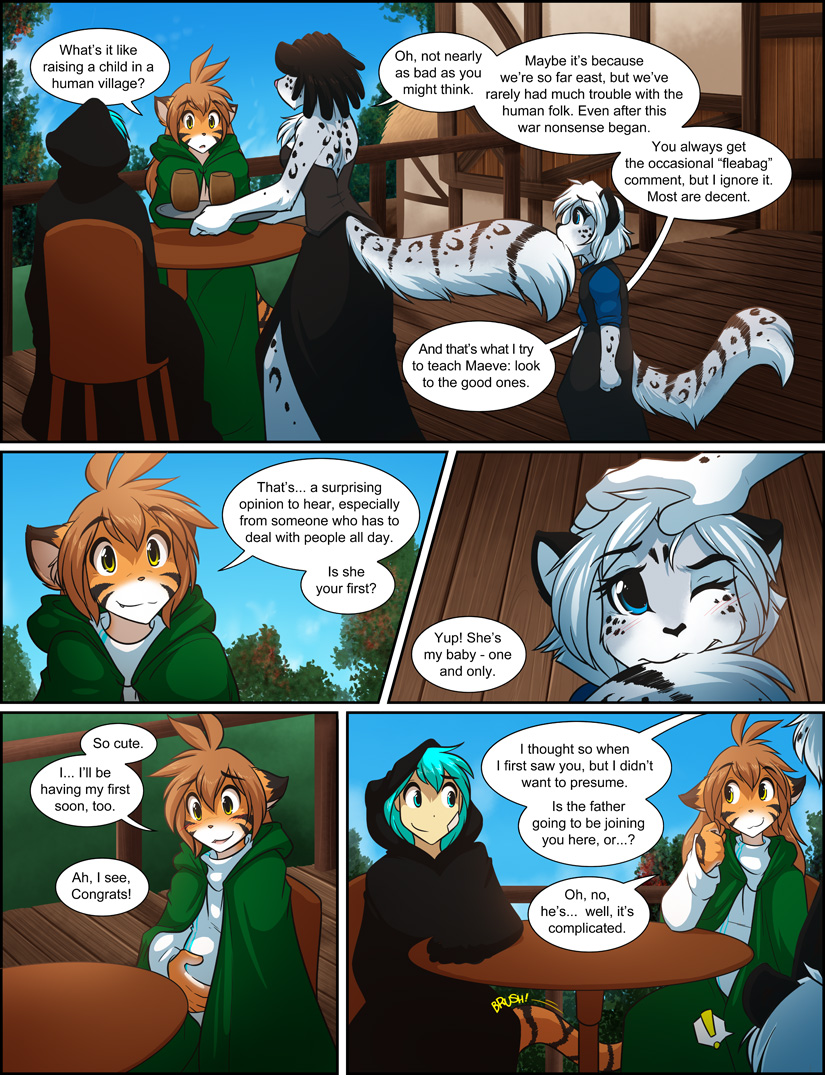 Flora: What’s it like raising a child in a human village?

Adira: Oh, not nearly as bad as you might think. Maybe it’s because we’re so far east, but we’ve rarely had much trouble with the human folk. Even after this war nonsense began. You always get the occasional “fleabag” comment, but I ignore it. Most are decent. And that’s what I try to teach Maeve: look to the good ones.

Flora: That’s… a surprising opinion to hear, especially from someone who has to deal with people all day. Is she your first?

Adira: I thought so when I first saw you, but I didn’t want to presume. Is the father going to be joining you here, or…?