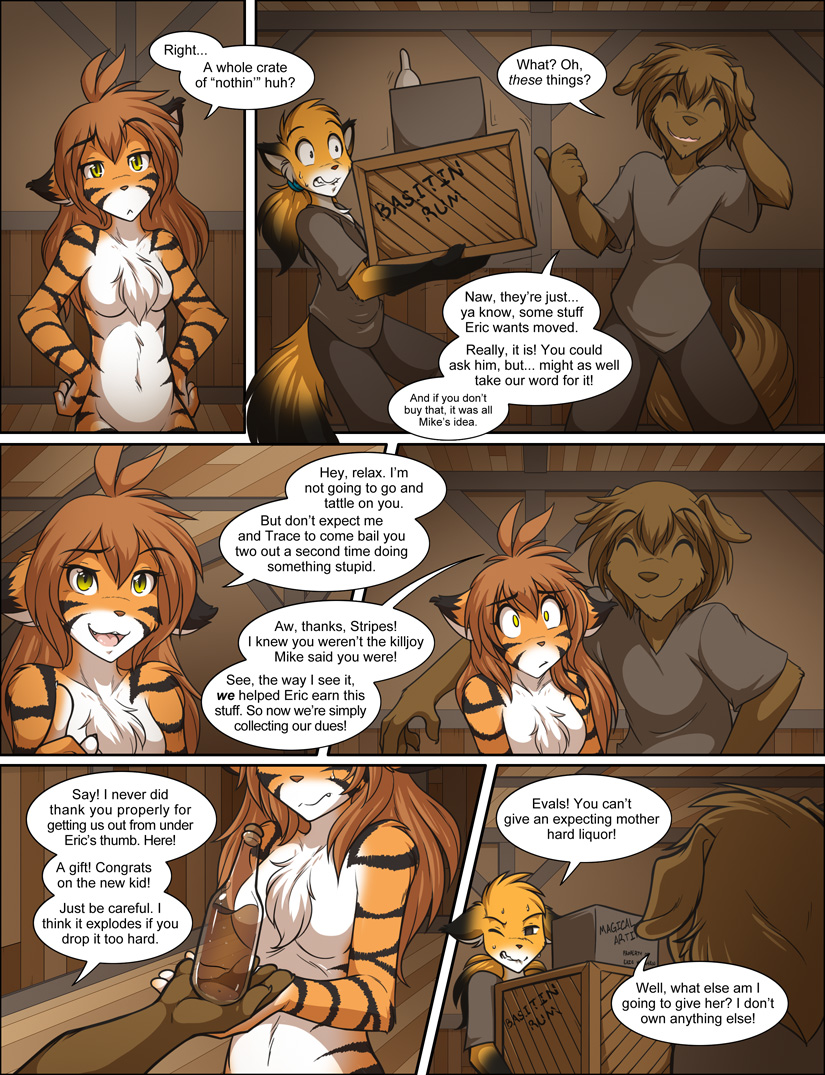 Evals: What? Oh, these things?

Evals: Naw, they’re just… ya know, some stuff Eric wants moved. Really, it is! You could ask him, but… might as well take our word for it! And if you don’t buy that, it was all Mike’s idea.

Flora: Hey, relax. I’m not going to go and tattle on you. But don’t expect me and Trace to come bail you two out a second time doing something stupid.

Evals: Aw, thanks, Stripes! I knew you weren’t the killjoy Mike said you were! See, the way I see it, we helped Eric earn this stuff. So now we’re simply collecting our dues!

Evals: Say! I never did thank you properly for getting us out from under Eric’s thumb. Here! A gift! Congrats on the new kid! Just be careful. I think it explodes if you drop it too hard.

Mike: Evals! You can’t give an expecting mother hard liquor!

Evals: Well, what else am I going to give her? I don’t own anything else!