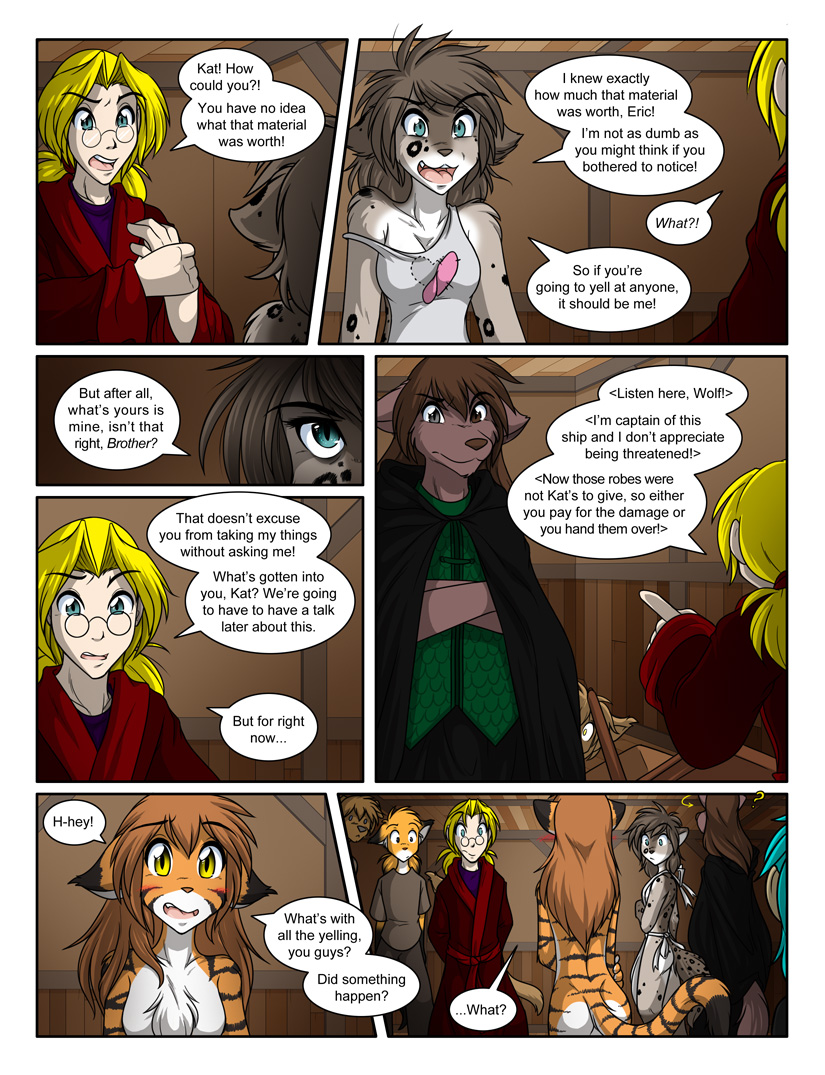 Eric: Kat! How could you?! You have no idea what that material was worth!

Kat: I knew exactly how much that material was worth, Eric! I’m not as dumb as you might think if you bothered to notice!

Kat: So if you’re going to yell at anyone, it should be me!

Kat: But after all, what’s yours is mine, isn’t that right, Brother?

Eric: That doesn’t excuse you from taking my things without asking me! What’s gotten into you, Kat? We’re going to have to have a talk later about this.

Eric: But for right now…

Eric: (in Keidran) Listen here, Wolf! I’m captain of this ship and I don’t appreciate being threatened! Now those robes were not Kat’s to give, so either you pay for the damage or you hand them over!

Flora: What’s with all the yelling, you guys? Did something happen?