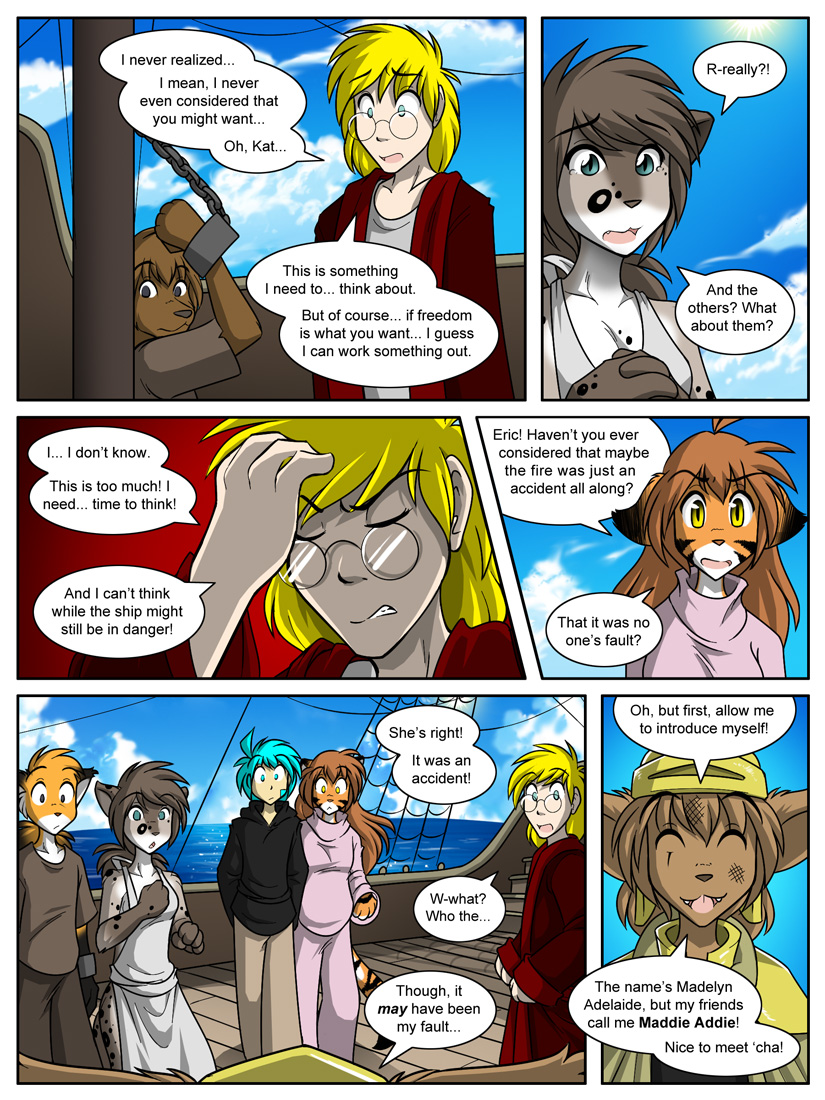 Eric: I never realized… I mean, I never even considered that you might want… Oh, Kat…

Eric: This is something I need to… think about. But of course… if freedom is what you want… I guess I can work something out.

Kat: And the others? What about them?

Eric: And I can’t think while the ship might still be in danger!

Flora: Eric! Haven’t you ever considered that maybe the fire was just an accident all along?

Flora: That it was no one’s fault?

Madelyn: She’s right! It was an accident!

Madelyn: Though, it may have been my fault…

Madelyn: OOh, but first, allow me to introduce myself!

Madelyn: The name’s Madelyn Adelaide, but my friends call me Maddie Addie! Nice to meet ‘cha!