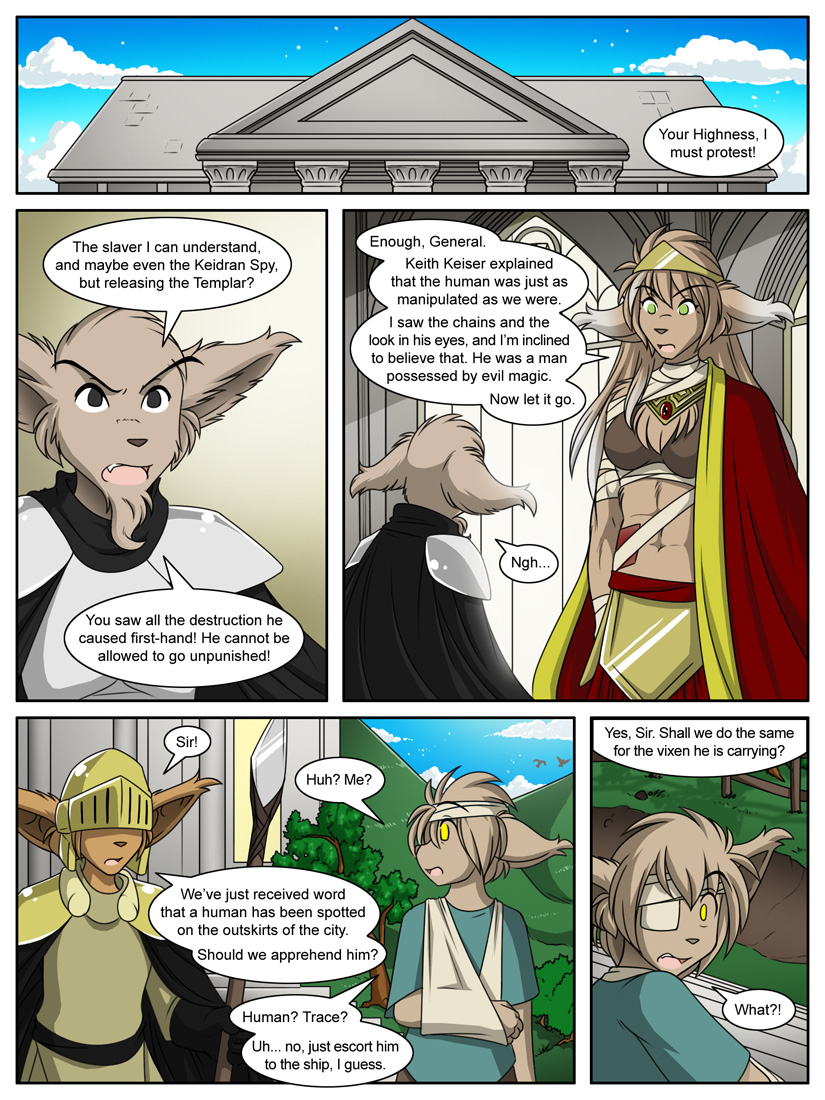 Aster: Your Highness, I must protest!

Aster: The slaver I can understand, and maybe even the Keidran Spy, but releasing the Templar?

Aster: You saw all the destruction he caused first-hand! He cannot be allowed to go unpunished!

King Adelaide: Enough, General. Keith Keiser explained that the human was just as manipulated as we were. I saw the chains and the look in his eyes, and I’m inclined to believe that. He was a man possessed by evil magic. Now let it go.

Basitin Soldier: We’ve just received word that a human has been spotted on the outskirts of the city. Should we apprehend him?

Keith: Human? Trace? Uh… no, just escort him to the ship, I guess.

Basitin Soldier: Yes, Sir. Shall we do the same with the vixen he is carrying?