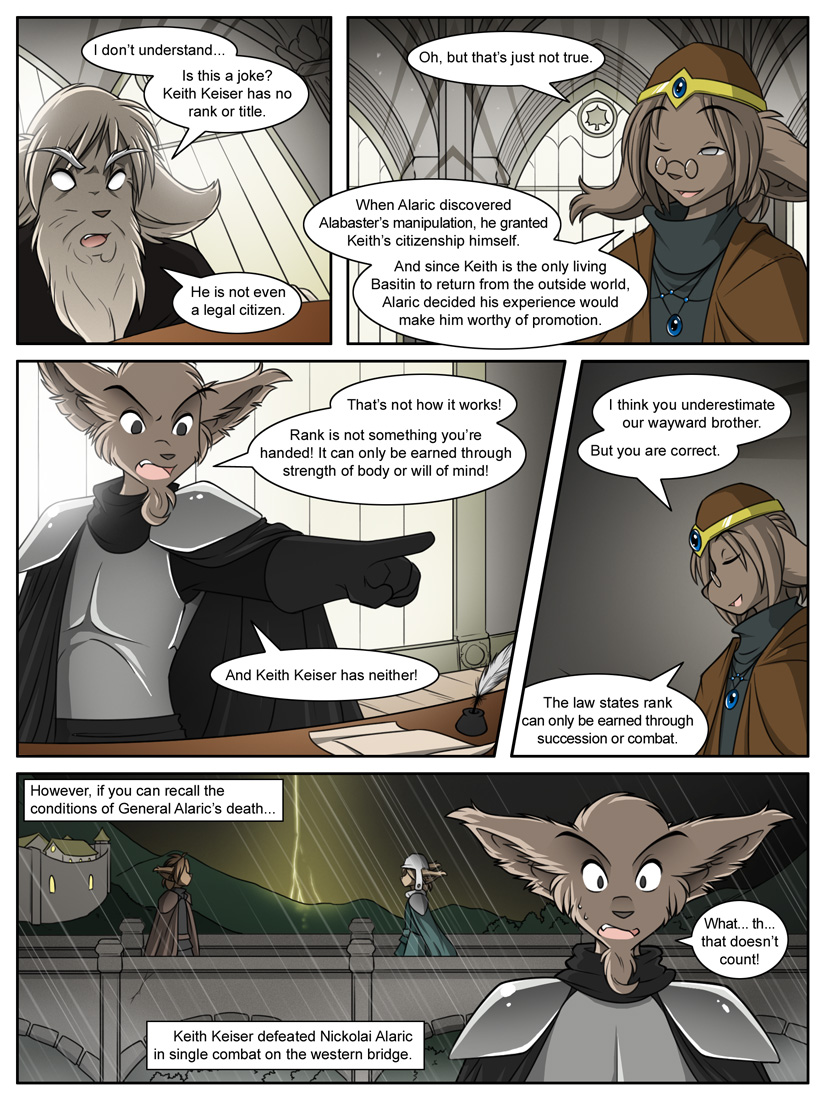 Juror 3: I don’t understand… Is this a joke? Keith Keiser has no rank or title.

Juror 3: He is not even a legal citizen.

Lynn: When Alaric discovered Alabaster’s manipulation, he granted Keith’s citizenship himself. And since Keith is the only living Basitin to return from the outside world, Alaric decided his experience would make him worthy of promotion.

Aster: That’s not how it works! Rank is not something you’re handed! It can only be earned through strength of body or will of mind!

Aster: And Keith Keiser has neither!

Lynn: I think you underestimate our wayward brother. But you are correct.

Lynn: The law states rank can only be earned through succession or combat.

Lynn: However, if you can recall the conditions of General Alaric’s death…

Aster: What… th… that doesn’t count!