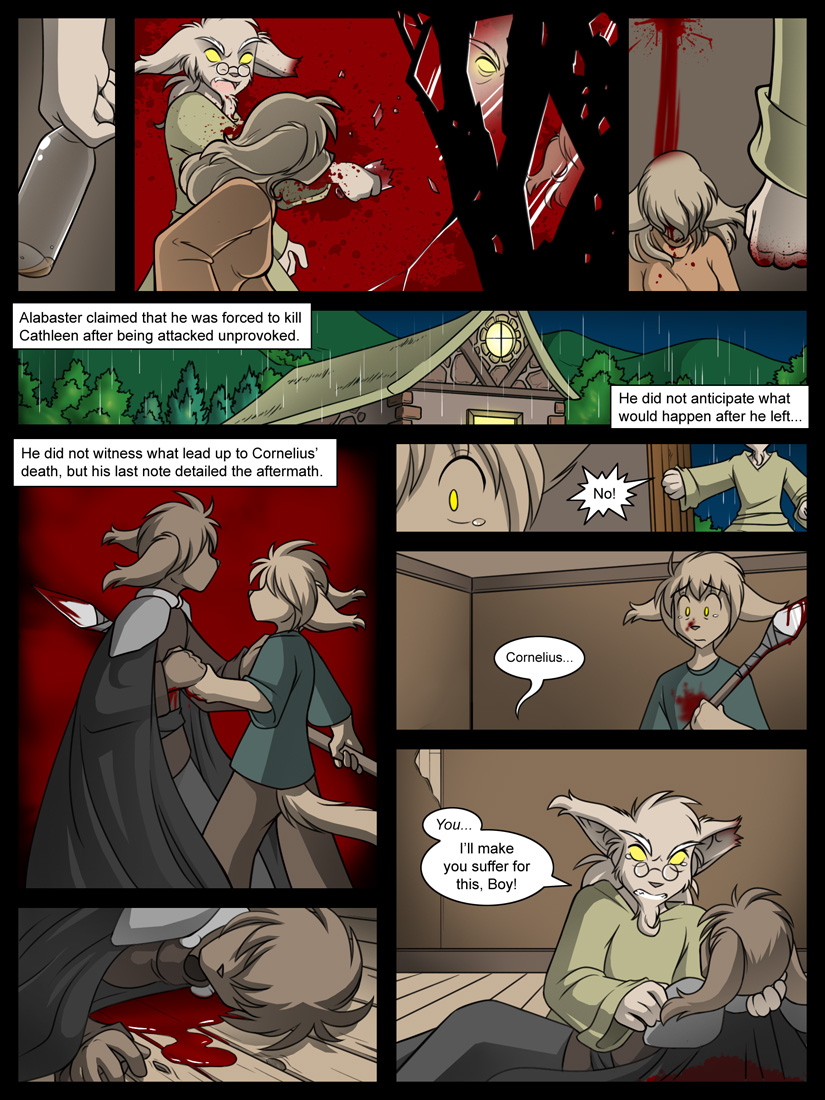 Aster: Alabaster claimed that he was forced to kill Cathleen after being attacked unprovoked.

Aster: He did not anticipate what would happen after he left…

Aster: He did not witness what lead up to Cornelius’ death, but his last note detailed the aftermath.

General Alabaster: You… I’ll make you suffer for this, Boy!