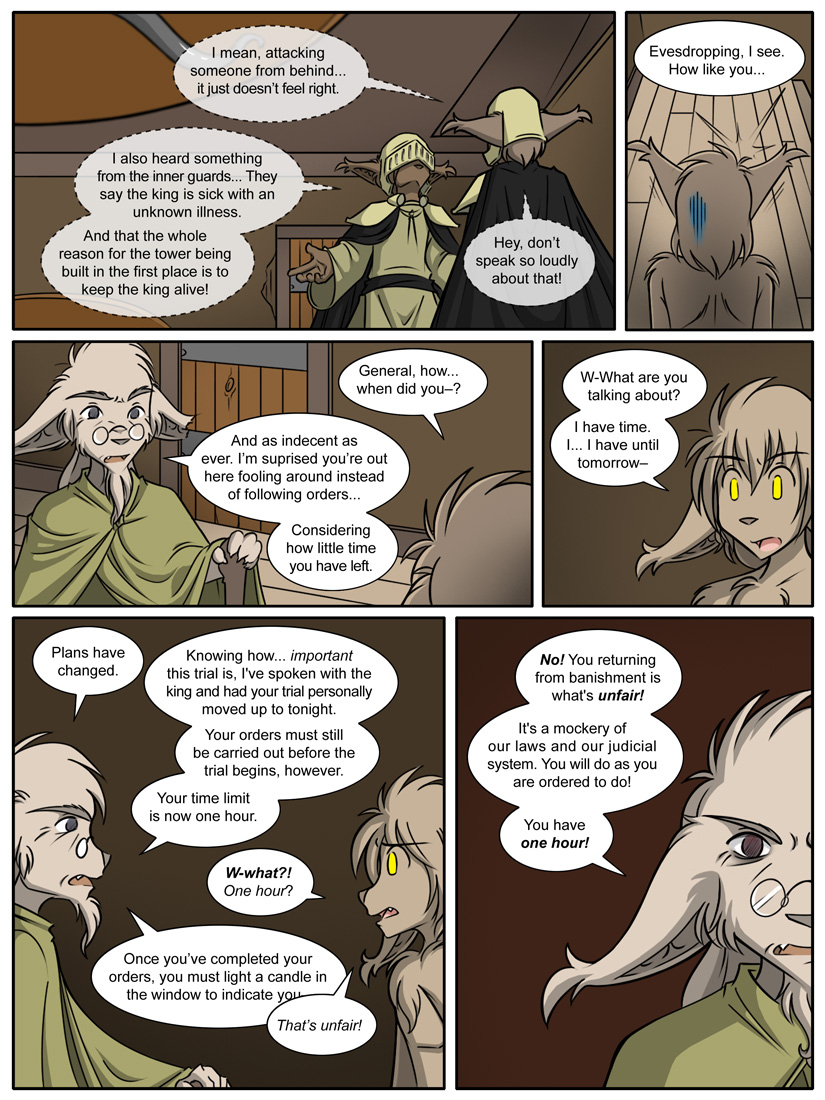 Basitin Soldier 2: I mean, attacking someone from behind… It just doesn’t feel right.

Basitin Soldier 1: I also heard something from the inner guards… They say the king is sick with an unknown illness. And that the whole reason for the tower being built in the first place is to keep the king alive!

Basitin Soldier 2: Hey, don’t speak so loudly about that!

Keith: General, how… when did you—?

General Alabaster: And as indecent as ever. I’m surprised you’re out here fooling around instead of following orders… Considering how little time you have left.

Keith: W-What are you talking about? I have time. I… I have until tomorrow—

General Alabaster: Knowing how… important this trial is, I’ve spoken with the king and had your trial personally moved up to tonight. Your orders must still be carried out before the trial begins, however. Your time limit is now one hour.

General Alabaster: Once you’ve completed your orders, you must light a candle in the window to indicate you—

General Alabaster: No! You returning from banishment is what’s unfair! It’s a mockery of our laws and our judicial system. You will do as you are ordered to do! You have one hour!