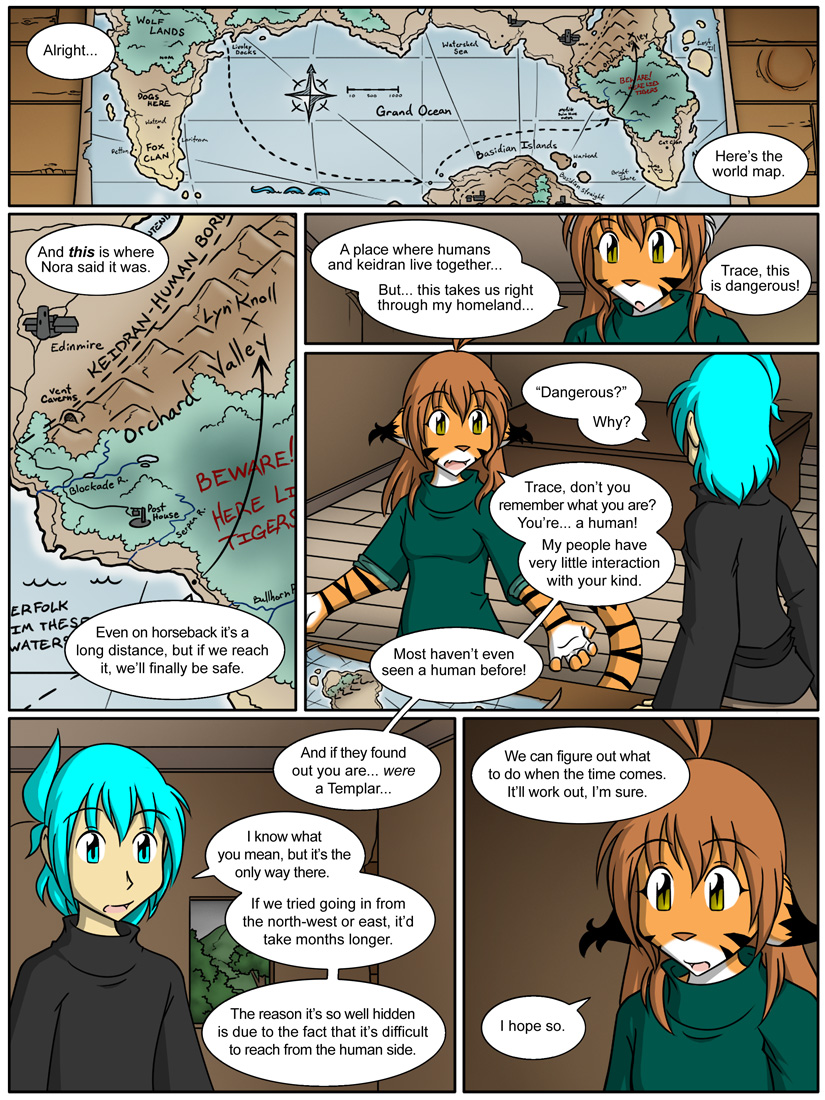 Trace: And this is where Nora said it was.

Trace: Even on horseback it’s a long distance, but if we reach it, we’ll finally be safe.

Flora: A place where humans and keidran live together… But… this takes us right through my homeland…

Flora: Trace, this is dangerous!

Flora: Trace, don’t you remember what you are? You’re… a human! My people have very little interaction with your kind. Most haven’t even seen a human before!

Flora: And if they found out you are… were a Templar…

Trace: I know what you mean, but it’s the only way there. If we tried going in from the north-west or east, it’d take months longer. The reason it’s so well hidden is due to the fact that it’s difficult to reach from the human side.

Trace: We can figure out what to do when the time comes. It’ll work out, I’m sure.

Flora: I hope so.