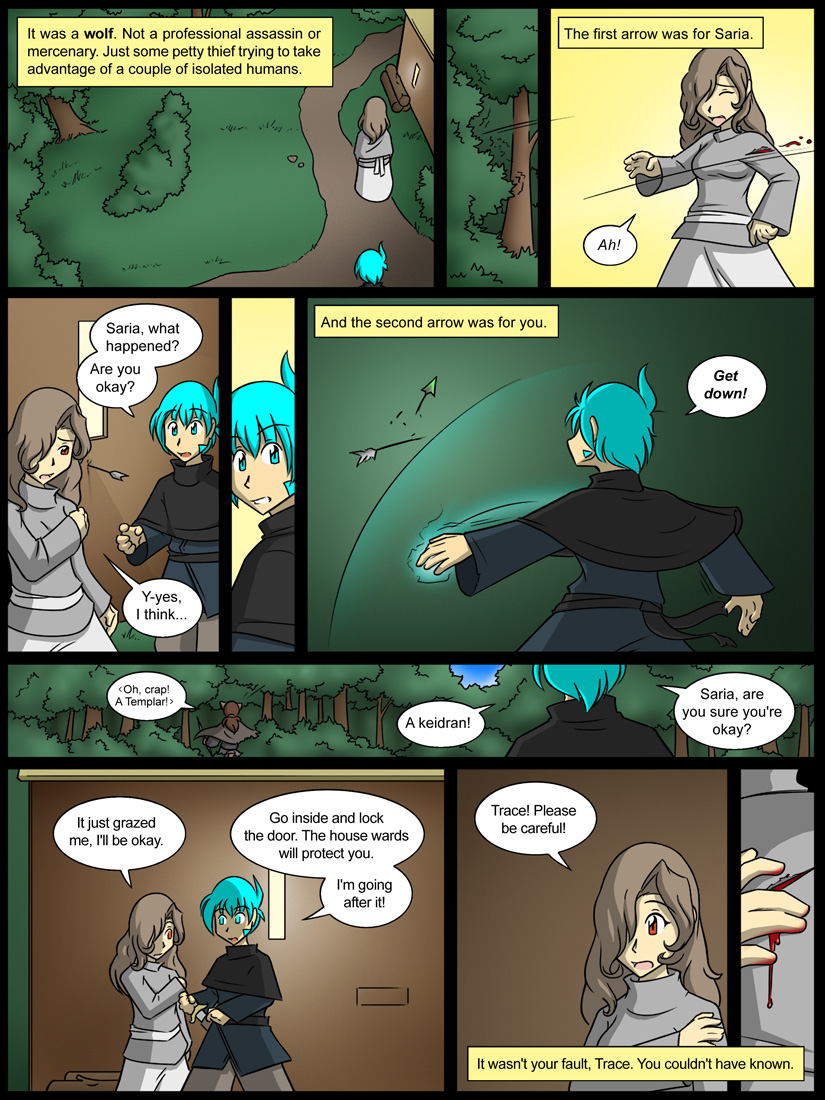 Nora: It was a wolf. Not a professional assassin or mercenary. Just some petty thief trying to take advantage of a couple of isolated humans.

Nora: The first arrow was for Saria.

Trace: Saria, what happened? Are you okay?

Nora: And the second arrow was for you.

Trace: Saria, are you sure you’re okay?

Saria: It just grazed me, I’ll be okay.

Trace: Go inside and lock the door. The house’s wards will protect you. I’m going after it!

Nora: It wasn’t your fault, Trace. You couldn’t have known.