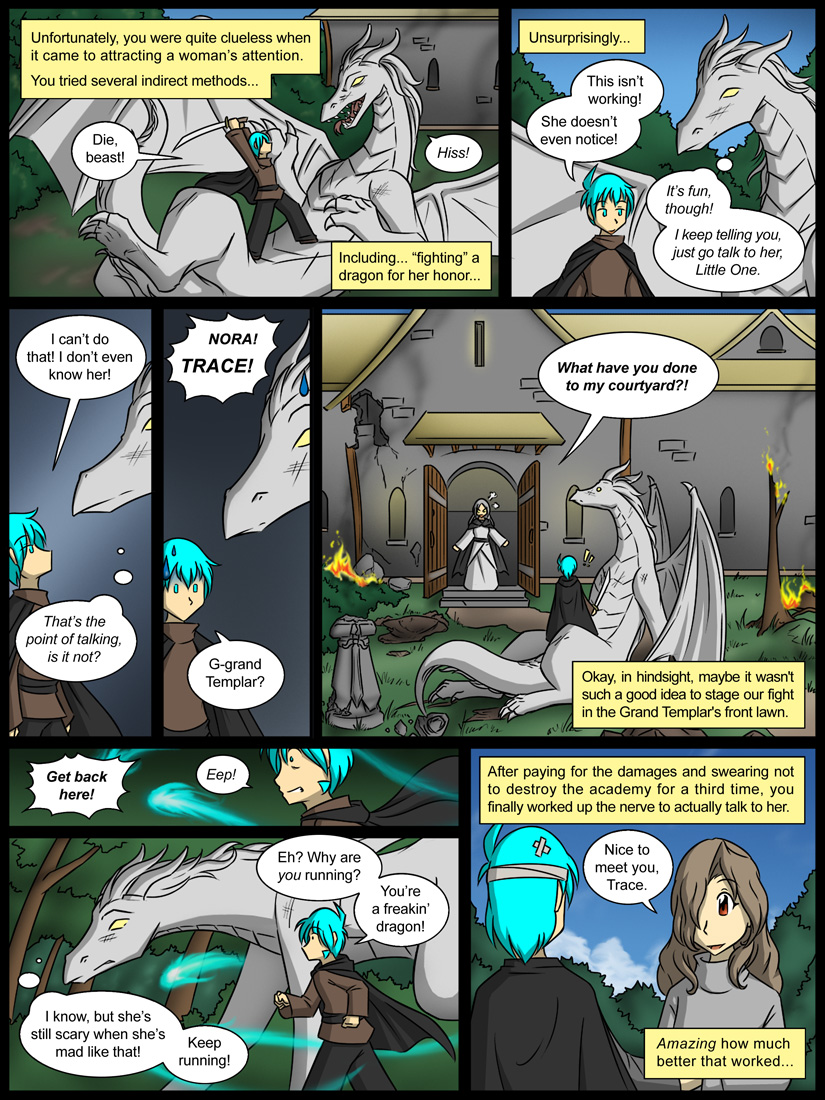 Nora: Unfortunately, you were quite clueless when it came to attracting a woman’s attention. You tried several indirect methods…

Nora: Including… “fighting” a dragon for her honor…

Trace: This isn’t working! She doesn’t even notice!

Nora: (thoughts) It’s fun, though! I keep telling you, just go talk to her, Little One.

Nora: (thoughts) That’s the point of talking, is it not?

Mary: What have you done to my courtyard?!

Nora: Okay, in hindsight, maybe it wasn’t such a good idea to stage our fight in the Grand Templar’s front lawn.

Mary: Get back here!

Trace: Eh… why are you running? You’re a freakin’ dragon!

Nora: (thoughts) I know, but she’s still scary when she’s mad like that! Keep running!

Nora: After paying for the damages and swearing not to destroy the academy for a third time, you finally worked up the nerve to actually talk to her.

Saria: Nice to meet you, Trace.

Nora: Amazing how much better that worked…