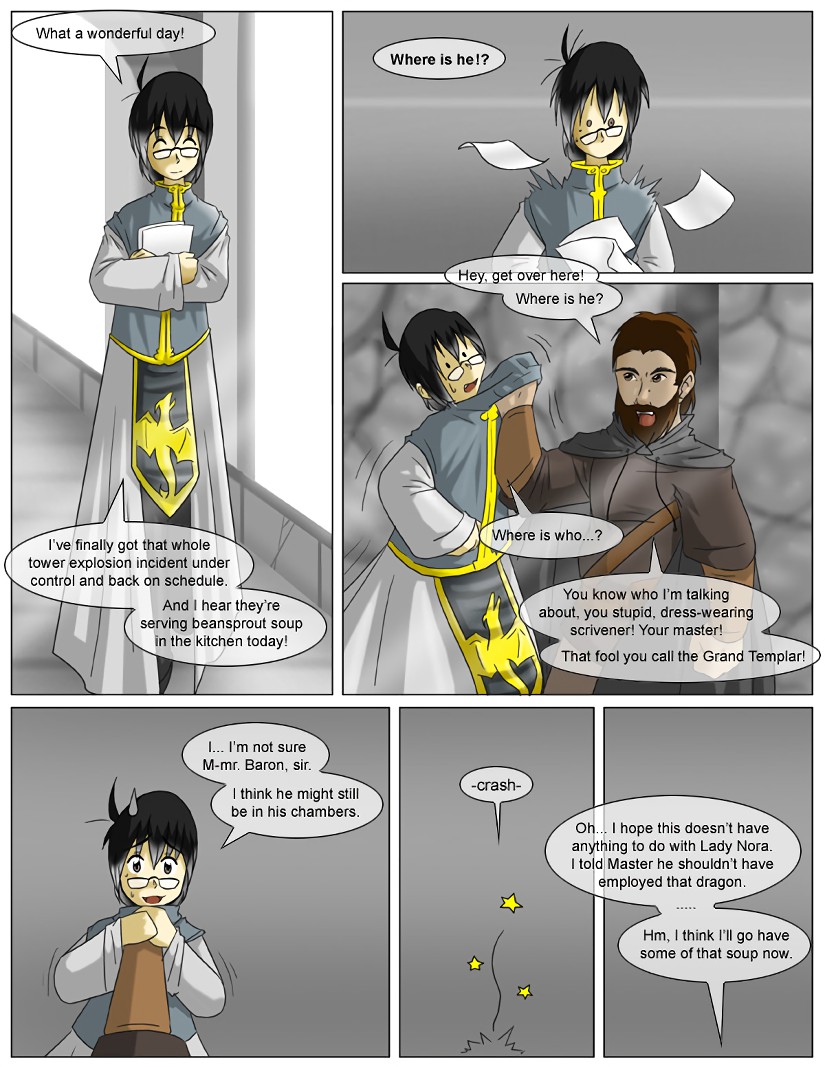 Sirvitine: What a wonderful day!

Sirvitine: I’ve finally got that whole tower explosion incident under control and back on schedule. And I hear they’re serving beansprout soup in the kitchen today!

Baron: Where is he!?

Baron: Hey, get over here! Where is he?

Baron: You know who I’m talking about, you stupid, dress-wearing scrivener! Your master! That fool you call the Grand Templar!

Sirvitine: I… I’m not sure, M-mr. Baron, sir. I think he might still be in his chambers.

Sirvitine: Oh… I hope this doesn’t have anything to do with Lady Nora. I told Master he shouldn’t have employed that dragon. ….. Hm, I think I’ll go have some of that soup now.