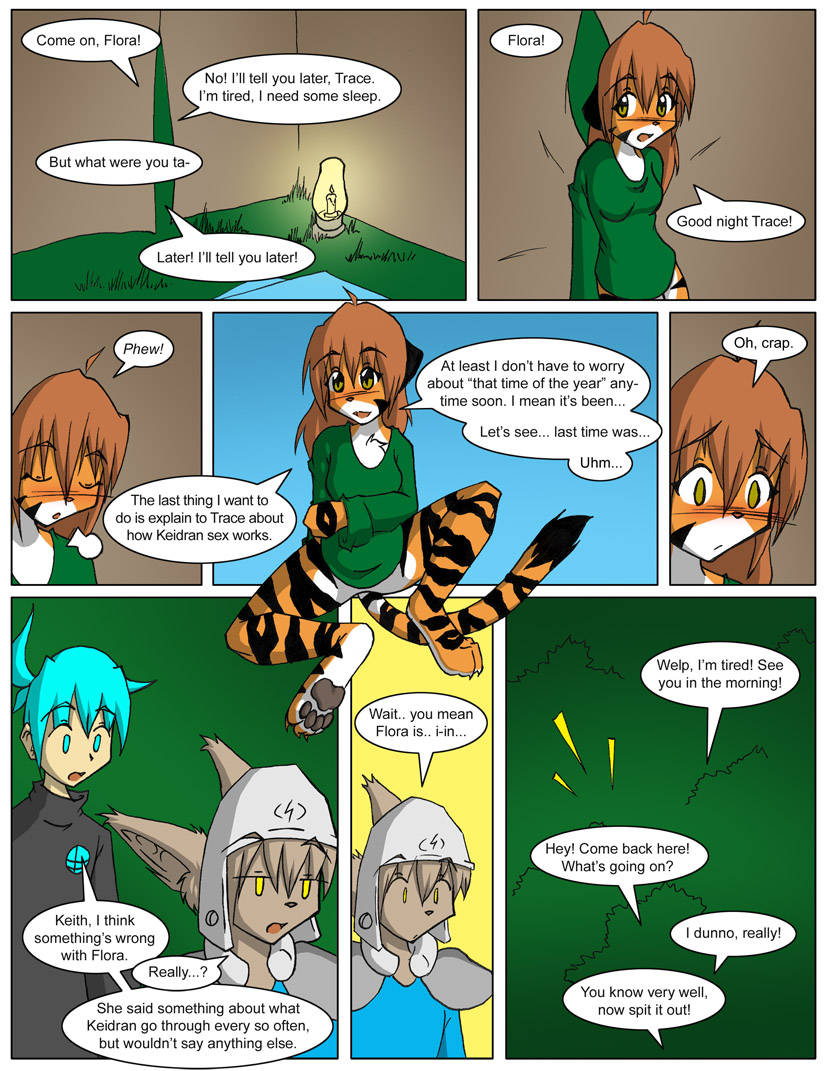 Flora: No! I’ll tell you later, Trace. I’m tired, I need some sleep.

Trace: But what were you ta—

Flora: The last thing I want to do is explain to Trace about how Keidran sex works.

Flora: At least I don’t have to worry about “that time of the year” anytime soon. I mean it’s been… Let’s see… last time was… Uhm…

Trace: She said something about what Keidran go through every so often, but wouldn’t say anything else.

Keith: Welp, I’m tired! See you in the morning!

Trace: You know very well, now spit it out!